Science advice rules could do more harm than good

Eminent UK scientists have raised concerns that recent moves to ensure the independence of scientific advice in government may in fact further threaten the relationship between the two communities.

The concerns were highlighted in a 7 February letter signed by over 40 senior scientists submitted to the UK minister for science and innovation Lord Drayson and the government chief scientific adviser John Beddington. The correspondence, seen by Chemistry World, stresses that changes made to proposed principles for the treatment of independent advice to government could further damage the already battered relationship between the scientific community and government. 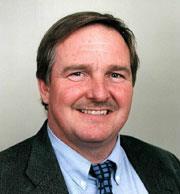 The original Principles for the treatment of independent scientific advice were drawn up by senior scientists and science advisers following the controversial dismissal of scientific adviser David Nutt from the Advisory Council on the Misuse of Drugs in November last year. However, although the idea was backed by Drayson at the time, the set of principles eventually released by the government for consultation contained key differences which senior scientists say are cause for grave concern.

The key point of contention, which the letter claims has ’aroused widespread alarm’ is the addition of a reference to ’trust and respect’ between government and scientific advisers. In the wake of Nutt’s dismissal, which many in the scientific community saw as unacceptable exertion of government power over a scientific adviser, scientists are concerned that vague concepts such as trust and respect simply ’cannot form a basis for dismissal or other sanctions’ as they cannot be objectively assessed.

A second objection focuses on a call for scientists and government to ’work together to reach a shared position’, which seems to run against the requirement that scientific evidence be clearly separated from political pressure, a recommendation the scientists note came as a result of lessons learnt during the BSE crisis of the late 1990s.

’To many people, that is not at all appropriate,’ says Norman Greenwood, emeritus professor in the school of chemistry at the University of Leeds, UK, and a signatory of the letter. ’Scientific advice should be free and independent, and if the government disagrees they should state clearly what the nature of the disagreement is - they should not expect scientists to compromise what they think the scientific evidence is to meet political objectives.’

The apparent removal of any mention of scientific advisers’ rights to maintain academic freedom has also hit a raw nerve, seemingly removing the assurance that an adviser’s professional freedom will not be jeopardised by agreeing to advise government.

Mike Pilling, an atmospheric chemist who spent many years as chair of a scientific advisory body working with the Department for Environment, Food and Rural Affairs and also signed the recent letter, says it is important to note that ’there are big differences between the way in which different government advisory bodies are treated by the departments they work with’. The Nutt example was ’very, very extreme’, he says.

The principles, however, are intended to apply to all advisory bodies, no matter what department they deal with nor whether the issues they consider are politically sensitive.

A government consultation on the principles closed on 9 February, but the next draft of the document is unlikely to emerge until the beginning of March after all the responses have been considered.

’The points of contention are fairly unanimous and I’m keen to address them,’ Drayson said in a statement responding to the concerns highlighted in the letter. ’But we need to look closely at all responses and go back to the science cabinet sub-committee before finalising the government response.’

Nick Dusic, director of the Campaign for Science and Engineering in the UK, says the government ’needs to respond decisively by putting a strengthened set of principles within the ministerial code. If reaching a shared position and maintaining mutual trust wind their way into the final draft, it won’t be acceptable to the scientific community.’

Greenwood agrees, warning that ’if the government doesn’t feel able to accept the principles in their broad outline, then I think the inevitable effect will be that a very large number of scientists will refuse to sit on government committees.’