Changes to what is defined as science could see the UK science budget fall by as much as £1.7 billion

A report from the Campaign for Science and Engineering (CaSE) claims that the UK science budget has been cut substantially, despite the government’s pledge to protect it. The analysis predicts that by 2014-15 the total research base will have suffered a cumulative shortfall of ?1.7bn in cash terms, with inflation further reducing the pot.

When presenting the budget last year, chancellor of the exchequer George Osbourne claimed that the science budget would not be cut but instead ringfenced and frozen at ?4.6bn a year. However, in Public Funding of UK Science and Engineering: Putting Government Rhetoric to the Test, CaSE claims that the plans do not ’live up to government rhetoric’. 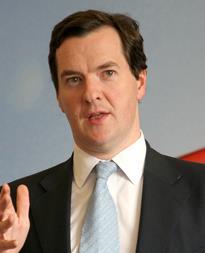 CaSE’s biggest criticisms is that the very definition of ’science budget’ has been changed, for example capital funding for equipment and facilities no longer counts towards the science budget and so can be cut. ’The money’s coming from a variety of places but the overall effect is quite large, especially if you add it up over the years,’ says Imran Khan, director of CaSE.

’Although capital funding is often thought of as money for large facilities it can also be for replacing lots of fairly day-to-day lab equipment and so that means that if it breaks or becomes obsolete you can’t replace it,’ adds Khan, who says capital expenditure and research are ’inextricably linked’. ’You can’t have people doing research in 10 years time using equipment that’s available now and that’s why it’s potentially so pernicious that capital spending has been cut back so much.’ Khan predicts that this will lead to groups using other money to purchase equipment, leading to cuts elsewhere.

A further complaint is that even for budgets that are scheduled to increase in cash terms, this increase will be wiped out by inflation unless that suddenly falls to the Bank of England’s target of 2 per cent. For example, Khan points out, the Department of Health is predicted to increase its R&D budget from ?1,025 million in 2010-11 to ?1,089 million in 2014-15, but with consumer price index inflation at 4.5 percent, as of this month, that increase will be negated in real terms.

’The RSC, CaSE and other science bodies lobbied the government hard ahead of the Spending Review, and the situation could have been a lot worse,’ says an RSC spokesperson. ’But combined with the removal of the capital budget - which has been severely slashed - from what the government terms "the science budget", we’re seeing that, as the RSC President David Phillips said previously, the protection of government science funding is a myth.’

Martin Rees, former president of the Royal Society describes the report’s conclusions as ’disquieting’.  If we don’t match the investment of other nations, and are perceived to be in relative decline, we will lose, rather than attract, the mobile talent that is crucial for sustained excellence, he added. ’The sum "saved" by these real-terms reductions is very small compared with the opportunity costs of choking off a long-term recovery.’

’Undoubtedly some of this will increase efficiency,’ says Khan, ’but UK science is amongst the most efficient in the world, so there’s a real question of how much more you can squeeze from that before you degrade performance.’