Chemistry weaknesses in 'reactome bioarray' work do not undermine its effectiveness, its inventors say

Researchers asked to retract a Science paper1 describing a tool for analysing metabolic networks have vowed to validate their much-criticised work. ’We are going to demonstrate that the chemistry of the paper was correct,’ Manuel Ferrer of the Spanish National Research Council’s (CSIC) Institute of Catalysis told Chemistry World. That’s despite his employers recommending the paper’s withdrawal, a move which Science itself followed with a similar request last week.

Together with Peter Golyshin of Bangor University, UK, Ferrer led the team that described a ’reactome array’ last October. The array included 1676 molecules meant to represent central metabolic pathways in all forms of life attached to glass slides and fluorescent dyes. ’Upon enzyme action in a biological sample the quenched fluorescent compound is liberated, providing a fluorescence signal for detection purposes,’ Ferrer explains. Therefore, when extracts from a cell are added to the array, the fluorescence indicates what pathways the cell uses in its metabolism. 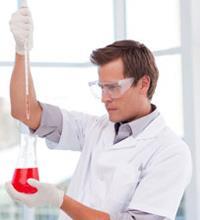 Taking a close look at the chemistry

However, scientists reading the paper were quick to criticise how the team describes the attachment and release of the dyes and metabolite compounds, as well as the reactions supposedly used to produce the metabolites. ’Neither the underlying synthetic chemistry nor the biochemical procedures and concepts are adequately or convincingly documented in the paper,’ says David Cane, professor of chemistry and biochemistry at Brown University in Rhode Island, US. ’These are not mere technical errors or matters of sloppy presentation but represent fundamental conceptual and experimental flaws. Unless these are addressed adequately, there is no basis for believing the claims in the paper for the basic technology.’ Such opinions led Science to publish an ’Expression of Concern’ in December,2 and to the CSIC ethics committee’s retraction recommendation in July.

Ferrer blames the problems on the large mixture of chemical and biological data that the approach produced, suggesting that his team focused too closely on the biological aspects and potential applications. ’We made mistakes,’ he concedes. ’I missed the chemical part, and we didn’t incorporate all of the necessary information.’ However, since December, arrays have been successfully tested six times by scientists inside and outside of the group, including Nobel prize winner Richard Roberts, who is currently chief scientific officer of New England Biolabs in the US. ’The experiments show that the technology works fine,’ Ferrer claims. His and Golyshin’s team will postpone the decision on whether to retract the paper until the beginning of September, their next opportunity to meet.