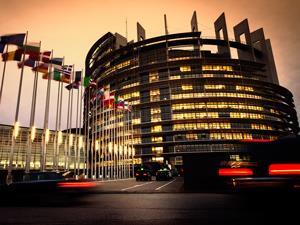 European researchers are trying to put a positive spin on a compromise agreement tentatively approved by the European parliament that would result in the loss of only €2.2 billion (£1.6 billion) of European research funding instead of the €2.7 billion originally proposed.

The €2.2 billion siphoned from the Horizon 2020 research programme will be used to help finance European commission President Jean-Claude Juncker’s proposed economic stimulus plan – the European Fund for Strategic Investments. When first announced late last year, the Juncker Plan, as it is now widely known, triggered uproar among many researchers who vowed to fight the diversion of €2.7 billion from Horizon 2020 into the stimulus plan.

Critics won a partial victory after an all-night negotiating session that ended on the morning of 28 May. It was agreed during the session to cut Horizon 2020 by €2.2 billion by protecting three areas that had been earmarked for cuts in Juncker’s original proposal.

The European Research Council (ERC), a highly popular programme that funds ‘frontier’ research, the Marie Sklodowska-Curie Actions, which provides grants for doctoral students, postdocs and experienced researchers and the Spreading Excellence and Widening Participation programme, aimed at improving research in ‘low-performing’ EU member nations, will all be saved from cuts. However, the compromise agreement on Horizon 2020 funds will not become official until the full Juncker Plan is formally approved by the parliament and by the council of ministers, expected later this month.

The League of European Research Universities (LERU) and the European University Association (EUA), both of which vigorously opposed cuts to Horizon 2020, say that reducing the proposed cutbacks by €500 million is a partial victory and both organisations were especially relieved that the ERC will be protected. But both groups expressed disappointment that €2.2 billion in cuts are still in the pipeline, especially after the parliament loudly signalled its willingness to block any cuts in April.

‘It is a bad and wrong signal, one year after the launch of Horizon 2020, that €2.2 billion is plundered from its budget,’ the LERU said in a statement. ‘The daily rhetoric about investments in research and innovation has a very cynical ring to it.’

‘EUA expresses its disappointment that the overall budget for Horizon 2020 emerges from the deal with €2.2 billion less than originally agreed in the EU’s multiannual financial framework,’ the EUA said in a statement. ‘EUA is particularly concerned by the signal that this development sends to public authorities in Europe in relation to the importance of funding research.’

Unsurprisingly, ERC President Jean-Pierre Bourguignon was pleased that the compromise agreement protects the ERC from budget cuts, saying it ‘gives a clear sign that frontier research has an important role to play in Europe and that its support will always be given proper consideration’.