Scrutiny of the tactics used by pharmaceutical companies to delay the entry of generics onto the market is rising on both sides of the Atlantic amid claims that the practice is costing consumers billions every year.

In the US, the Federal Trade Commission (FTC) has just published a report which points to a resurgence in so-called ’pay-for-delay’ deals, in which the brand originator pays a generic company not to bring a rival product containing the same active ingredient to market.

The practice was effectively made illegal in 2003 on the grounds that they postponed substantial consumer savings from lower generic drug prices and were anticompetitive. However, FTC chairman Jon Leibowitz notes that since 2005, a few ’misguided courts’ gave their blessing to the practice. That was followed by an immediate increase from zero in 2004 to a record 19 in the last fiscal year.

The FTC wants a ban on the settlements included in the wide-ranging healthcare reform bill currently being thrashed out in the US Congress. At the moment the House of Representatives’ draft bill contains the provision, while the Senate’s version does not.

According to Leibowitz the average delay in the generic’s entry into the market is 17 months. Enacting legislation to stop these ’sweetheart deals’ could save consumers $3.5 billion (?2.2 billion) a year and cut costs for the federal healthcare system by around $12 billion over 10 years.

’Many Americans struggle to pay for prescription drugs, especially the elderly and uninsured,’ says Leibowitz. ’When those drugs cost too much, people have to make tough choices, and sometimes they can’t afford the medicines they need.’ 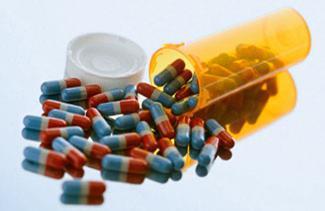 The FTC report indicates that most patent settlements agreed since 2005 are still in effect and currently protect at least $20 billion in brand-name drug sales from generic competition.

Under the Bush Administration the US Department of Justice (DOJ) - which shares antitrust responsibility with the FTC in the USA - took a hands-off approach to the deals, but since President Obama came into office has changed its stance.

The DOJ now says it considers these deals ’should be treated as presumptively unlawful’, according to Christine Varney, the department’s assistant attorney general for antitrust matters.

Meanwhile, the European Commission’s competition regulator also has pay-for-delay deals in its sights, and last week asked a number of pharmaceutical companies to submit details of patent settlement agreements between 1 July 2008 and 31 December 2009.

The EC has also said it may repeat the investigation each year to ensure antitrust rules are not being breached. Last year an inquiry concluded that the pay-for-delay deals had cost healthcare systems €3 billion between 2000 and 2007.

Earlier this month the commission opened proceedings against Danish pharmaceutical company Lundbeck to investigate whether it had acted appropriately in an agreement aimed at keeping a generic version of its big-selling antidepressant citalopram off the market.

’We need to monitor this type of agreement in order to better understand why, by whom and under which conditions they are concluded,’ she said.