Separating the huitres from the chaff

A recent ban on French oysters has highlighted a controversy about how food should be tested.

A recent ban on French oysters has highlighted a controversy about how food should be tested for marine biotoxins.

More than half of the oysters eaten in France come from farms in Arcachon Bay. But farmers there were prevented from selling their shellfish on 31 August after tests suggested their produce was contaminated. Two local deaths were subsequently linked to eating oysters, although one of those has since proved to be unrelated.

The tests that prompted the ban use mice to detect algal toxins that can cause diarrhea and paralysis in humans, which in some cases can be fatal. Prepared extracts from shellfish tissue are injected into the abdominal cavities of mice, whose death is taken as positive evidence of the presence of marine biotoxins. 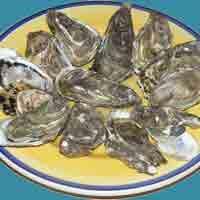 Is it the oysters, the biotoxins or the tests that don’t agree with you?

But the mouse bioassay procedure has a major drawback: it does not identify or quantify the biotoxins. Although the oyster ban has now been lifted, French farmers are outraged that these tests, which have an enormous impact on their multi-million Euro industry, cannot pinpoint any specific compounds of concern. And animal rights campaigners argue that bioassays are incompatible with EU guidelines urging that animals not be used in scientific research or experiments if there are practical alternatives.

Most EU nations - including France - currently rely on mice to test for these toxins. ’We have no alternative to bioassays,’ said Luis Botana, director of the EU’s Community Reference Laboratory on Marine Biotoxins (CRLMB) in Vigo, Spain. However, chemical tests may be available soon, he added: ’if everything goes well, I would say that in 12 to 24 months we will have chemical validation methods for all shellfish toxins,’ he told Chemistry World.

Botana, who also is director of the Department of Pharmacology at the University of Santiago de Compostela in Spain, says that chemical tests based on liquid chromatographic-mass spectrometry (LC-MS) will be superior to mouse bioassays. ’But it is slow and very expensive,’ he said. It also requires further validation before being used across the EU, because similar shellfish samples analysed by two different laboratories can produce widely divergent results, he added.

Botana also believes that mouse bioassays will remain part of the EU testing program long after those problems are fixed and chemical tests are in use. ’We will still need mouse bioassays because that is the only way to test for new, unidentified, toxins,’ he said.

But not everyone agrees with Botana. The biggest - and loudest - objection comes from Germany’s Berlin-based Federal Institute for Risk Assessment (BfR). The BfR for years has ignored EU demands to use bioassays to test for toxins in shellfish harvested along the German coast in the North and Baltic seas, instead relying on chemical testing.

In April 2005, the BfR issued a 42-page position paper advocating wider use of alternative chemical methods, saying: ’Suitable physicochemical methods for the detection of marine biotoxins are available, which assure consumer protection and which, when applied, will dispense with animal experiments being used as the reference method.’ The most suitable tests are based on high pressure liquid chromatography (HPLC).

’It has worked well for us,’ said Horst Spielmann, head of the BfR’s Scientific Services division. The key is to identify all potential shellfish toxins in local fishing regions: in Germany’s case, the North and Baltic seas. Spielmann believes that if nations with fishing grounds in the Atlantic and Mediterranean expended more effort and money to identify shellfish toxins, they too could rely on chemical testing. ’They just have to do it,’ he said.

Philipp Hess, team leader of Biotoxin Chemistry at Ireland’s Marine Institute, told Chemistry World that Ireland currently uses both bioassays and chemical tests in parallel on all samples of shellfish, and that that the two methods agree 95 per cent of the time.

When asked which method he would choose currently if given only one choice, Hess said: ’I would probably choose physical chemistry testing. I think that in the long run that is what we will end up using.’