Responding to concern in the academic community, the UK government has eased immigration strictures

Scientists are to be given special treatment under new immigration rules, as part of the government’s drive to attract the brightest minds to work in the UK. Under proposals outlined by the Home Office last week and due to come into force in April, PhD-level scientists and researchers will be exempt from new requirements that skilled workers may settle permanently in the UK only if they earn at least ?35,000 a year.

’We are sweeping aside the idea that everyone who comes here to work can settle, and instead reserving this important right only for the brightest and best,’ said immigration minister Damian Green. ’Our reforms of the immigration system will ensure we are more selective not only about those who are allowed to come here but also those who are allowed to stay permanently.’ 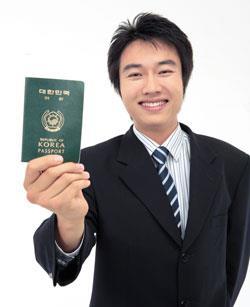 Jim Iley, director of science and education at the Royal Society of Chemistry (RSC), is supportive of the exemption but warns that the tightened rules risk sending the wrong message to scientists. ’The RSC welcomes any initiative that helps break down the barriers preventing world-class scientists coming to the UK,’ he told Chemistry World. ’The government needs to realise though that for the UK to remain at the cutting edge of scientific discoveries, we have to be the place where the best minds from across the globe want to come.’

Under current rules, skilled workers from outside Europe can work in the UK for up to five years provided they meet certain criteria, and numbers are currently subject to an overall annual cap. Immigrants must have gained employment with an approved sponsoring organisation, speak English proficiently and be able to support themselves and their families.

The coalition government first announced in 2010 that it was placing a temporary cap on the number of skilled workers that could enter the UK, a move that prompted criticism from the scientific community amid fears that the country could lose its ability to attract talented scientists, as well as its position at the forefront of international research.

In response, the Home Office decided in 2011 that up to 1000 ’exceptionally talented’ individuals from the sciences and the arts would be allowed to come to the UK to find work. These individuals would be nominated by one of four designated bodies, including the Royal Society and the Royal Academy of Engineering. This arrangement is set to be reviewed later this year.