Legislation approved by the European Parliament in June will enhance an intoxicatingly interesting branch of analytical chemistry by introducing legally binding technical standards for around 50 spirit drinks. Detailed rules will cover methods of production and quality standards for the base ingredient, ethanol, including maximum permitted levels of residues of esters, aldehydes and methanol.

As a benefit for the unwary, the draft regulation also offers a guide to the European Union drinks cabinet. The botanically savvy will realise the origins of the Rhineland drink Topinambur - the tuber better known in the UK as the Jerusalem artichoke - but they might not realise that materials as diverse as rose petals and holly berries can appear as flavouring in other products. Although Luxembourg’s version of rye whisky will be rarely encountered, visitors to Italy may have sampled nocino, a glutinous, brown firewater made in Emilia Romagna from whole green walnuts. Another Italian speciality, the colourless aniseed-flavoured liqueur mistra, requires caution since the EU rules will allow an alcoholic strength of up to only 47 per cent by volume (the mandatory minimum for mistra is 40 per cent, with a maximum of 47 per cent).

"A bewildering variety of Bulgarian and Romanian spirits with near-pyrotechnical properties. "

However, for the well-versed imbiber who has already run the European gamut alphabetically from Armagnac to Zivania (fermented grape skins and stalks, popular in Cyprus ), EU expansion into central and eastern Europe will present new challenges to the palate, if not the liver. There, EU legislation will standardise everything from unheard-of Lithuanian grain spirits to a bewildering variety of Bulgarian and Romanian spirits - rakias - with near-pyrotechnical properties.

Public analysts who represent, along with trading standards officers, a front line defence against counterfeit products, will have to acquaint themselves with these exotica as they penetrate the UK branch of the EU Single Market. The need for vigilance was indicated in June with the prosecution of two shopkeepers in Burnley, Lancashire, who were selling a counterfeit vodka containing 16 times the legal limit of methanol which, in extreme cases, can lead to blindness or death (the EU-wide maximum permitted level will be set at 30 grams methanol per 100 litres of ethanol). 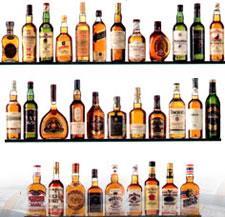 Public analysts are also called upon to confirm brand authenticity, which may involve determination of the ’congener’ profile in the case of whisky. Congeners are produced along with ethanol during the fermentation or ageing processes, and include complex organic molecules such as polyphenols.

The EU claims it is not standardising for the sake of uniformity but in order to protect appellations and geographical indications (GI) under the terms of World Trade Organisation rules, in particular the WTO agreement on trade-related intellectual property rights.

By following the example of France’s perpetual global campaign in defence of the champagne denomination, European producers of spirits will be able to defend their products on world markets, according to Brussels. To gain GI protection from a new EU committee on spirit drinks, states must present detailed technical dossiers that include the product’s principal chemical characteristics.

Meanwhile, the European Commission plans to call for studies into the risks of ethyl carbamate (urethane), a naturally occurring component of all fermented foods and beverages. A joint investigation by two UN agencies, the World Health Organisation and the Food and Agriculture Organisation concluded in 2005 that the intake of ethyl carbamate from foods, excluding alcoholic beverages, was much lower than the amounts shown to cause cancer in laboratory animals and was therefore of low concern. However, alcoholic beverages added a much larger amount to the total intake - and this was ’a concern’.

New EU studies will also be conducted into the risks of the toxin hydrocyanic acid, which occurs naturally in fruit and nut trees and may be present in stone-fruit spirits produced from apricots and peaches.

Both studies will look at the case for setting new, EU-wide maximum permitted limits.

Levels of flavourings such as anethole (C10H12O), the substance that gives aniseed and fennel plants their distinctive aroma, and glycyrrhizic acid (C42H62O16), as found in pastis, will also be regulated on account of the use of extracts of liquorice root.

The regulation was approved by the European Parliament after MEPs rejected Polish-led demands that vodka should be produced only from traditional raw materials: potatoes or cereals. Vodka is now produced in various configurations everywhere from the Urals to the US, taking in even Wales and the Shetland Islands. As an EU compromise, ’traditional’ vodka can be marketed as such, while use of non-traditional raw materials must be declared on the label.