Storm in a buttercup

Two research teams have solved a 70-year-old mystery: what makes plants flower? A third team has been forced to withdraw its publication proposing an alternative theory

Botanists have spent 70 years puzzling over the identity of the chemical agent responsible for initiating the flowering process in plants. That mystery has now been solved by two separate research groups in Germany and Japan. At the same time, a Swedish team has been forced to withdraw a paper proposing an alternative theory, after finding that it was based on inaccurate data. 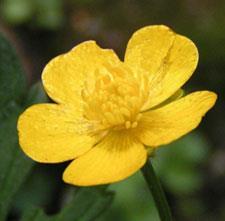 In 1937, Russian scientist Mikhail Chailakhyan first coined the term florigen for a putative flowering hormone on finding that a plant could be encouraged to develop flowers by grafting on leaves from another plant in flower. He concluded that the process was triggered by a chemical signal released by the leaves in response to changing day length, but attempts over many decades to isolate a specific compound had proved fruitless.

However, studies in the past three years have pointed to the flowering locus T (FT) gene as the source of the signal. This has now been confirmed independently by George Coupland’s team at the Max Planck Institute for Plant Breeding Research in Cologne and Ko Shimamoto’s group at the Nara Institute of Science and Technology. Their results will be published in Science.1, 2

The German researchers fused the FT gene product with a fluorescent protein and tracked its movement from the leaves and along the sap transporting vessels to the meristem cells which generate the flower tissues. They used the rockcress plant Arabisdopsis thaliana, a popular laboratory model for developmental studies. The Japanese researchers carried out similar studies in rice plants.

Coupland noted that the two plant species chosen for these studies are only very distantly related, belonging to groups which diverged more than 150 million years ago. ’These experiments show that the function of the moving protein has been conserved. It increases the likelihood that all plants regulate flowering using the same mobile signal.’

Until now it was thought that the flowering signal was carried by the messenger RNA produced by the FT gene. In 2005 a group at the Umea Plant Science Centre in Sweden published a study in Science which claimed to have found evidence for mRNA molecules passing from the leaves of Arabidopsis plants and being carried to the meristem where they were thought to activate downstream genes.

But now Ove Nilsson and colleagues retract their earlier paper3 after finding that the results of reverse transcription polymerase chain reaction (RT-PCR) analyses carried out by a Chinese postdoctorate student, Tao Huang, were unreliable. After Huang left the lab, Nilsson’s team repeated his work and found no evidence for the movement of FT mRNA in the plant: ’We therefore retract the conclusion that FT mRNA is part of the floral inductive signal moving from leaf to shoot apex. We deeply regret any scientific misconceptions that have resulted from the publication of these data.’

Huang sticks by his results and has refused to sign the retraction. As the florigen molecule must be present in vanishingly small quantities he is convinced that he has found something that his former colleagues could not. This factor also explains the difficulties faced by generations of previous researchers in identifying the real signal.  Phil Wigge, from the John Innes Centre, Norwich, UK, expressed sympathy with all those who have tried and failed to find what has been called botany’s Holy Grail.  ’With hindsight, a major factor has been the remarkable activity of the FT protein.  In the field we jokingly say that it is active in homeopathic amounts.  This makes detection of the RNA or protein outside of its natural expression domain incredibly hard.’

Now that the signal has been identified, research will focus on switching it on and off, explained Colin Turnbull, of Imperial College, London, UK, a co-author on the German group’s paper. ’Understanding the mechanism of flowering is central to being able to control the growth of any plant used as a food crop, in forestry or as a source of biofuel. If you can extend the season you can increase the efficient use of scarce agricultural land. So being able to manipulate the plant could have huge economic implications, but we are a long way off turning that idea into something of practical use.’