Spectroscopy, a key method of identifying atoms and molecules with light, has been taken to its most fundamental level - a single photon absorbed by a single molecule. In addition to paving the way toward new experiments that observe the interaction between light and matter at its most basic level, the researchers that accomplished the feat suggest that their technique could also work with other photon-emitters, including those under study for quantum communication.

Spectroscopy works by finding the frequencies of light that will put an atom or molecule into an excited state - these comprise the chemical’s unique absorption and emission spectrum. By using the organic dye dibenzanthanthrene (DBATT) as both the emitter and absorber molecule, the team at the Swiss Federal Institute of Technology, Zurich, ensured that the single-photon source and target would be on the same wavelength. They made both the photon emitter and target of DBATT embedded into a tetradecane matrix and cooled them to 1.5K. In the emitter, the molecules were so diffuse that the team could focus lasers on them one at a time, exciting it so that it produced a stream of single photons. 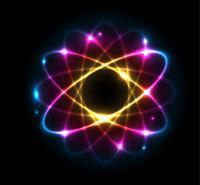 Collecting the single photons and funnelling them to the target molecule was ’one of the main challenges’ of the experiment, according to Vahid Sandoghdar, who is now at the Max Planck Institute for the Science of Light in Erlangen, Germany. To accomplish this, the team surrounded the emitter with highly efficient lenses which allowed little light to escape, and these directed the photons into an optical fibre which took them to the target. They then took advantage of the fact that a molecule’s absorption spectrum is influenced by its immediate environment in a matrix. By tweaking the frequencies of the incoming photons, the team could tune into a particular DBATT molecule like they would a radio station, and a matching set of lenses focused the light into the target. The team deduced the number of photons absorbed by the target molecule by monitoring the intensity of the single photon beam before and after it reached the target.

’It is an important contribution towards the controlled interaction of single photons and single quantum systems,’ says J?rgen Eschner of the University of Saarland in Saarbr?cken, Germany. He suggests that these interactions could have application in quantum communication or optical computing, in which single photon emitters and absorbers send and receive information. ’The transmission of a single photon is communication between the most fundamental physical entities - making their quantum properties accessible at the same time,’ he says.