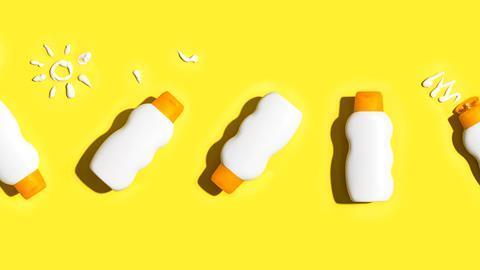 Sunscreen study says SPF ratings should not be taken as red

Researchers shed light on discrepancies between lab tests and reality

Scientists in the UK and Switzerland say consumers should rethink how they interpret the sun protection factor (SPF) printed on sunscreen bottles.

Retailers have long used SPF to indicate how long sunscreen protected skin can endure sunlight without burning. Concerns that topical sunscreens do not provide the protection they claim are not new and arise from discrepancies between simulated and natural sunlight. Lab tests also assume consumers apply an even layer of sunscreen (2mg per cm2 of exposed skin). In reality, this is in the region of 0.5–1.5mg cm–3, is far from uniform, and there are other factors, such as perspiration and rubbing, to consider. 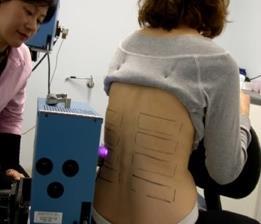 Lab tests for measuring sunscreen effectiveness have some limitations.

Lab tests also use solar simulators that filter out the visible light component of natural sunlight. The reason for this is twofold. Firstly, using a very powerful lamp without a filter would cause test subject’s skin to be in far too much pain within only a matter of seconds. Secondly, using a less powerful lamp is impractical because it would take too long. Solar simulators therefore focus on reproducing only the UV region of sunlight that scientists know is responsible for erythema – the red skin of sunburn. A high-powered lamp can therefore deliver high UV intensities in reasonably short exposure times. But this imprecise sunlight simulation got Uli Osterwalder, of DSM Nutritional Products, thinking.

Osterwalder approached Brian Diffey, of Newcastle University, who invented the sunscreen star rating system in the early 1990s. Together, by extrapolating the erythemal action spectrum into the visible region, Osterwalder and Diffey estimated the expected SPFs of sunscreen products under natural sunlight and lab conditions. They found that an SPF of 30 under typical midday summer sunlight conditions for the UK and southern Europe is only around half its claimed value.

While keen to stress that the sunscreen industry has been doing the best it can and is not out to deceive the public, Diffey advocates more qualitative measures for categorising sunscreen. ‘If only people realised the SPF is little more than a crude ranking system of the effectiveness of sunscreens. You certainly can’t use it with any confidence as a multiplier for safe time in the sunlight. If this work educates people to understand that this shouldn’t be used as a multiplier for your time in the sun then I think it will have done some good,’ he says.

Dermatological scientists Antony Young, of King’s College London in the UK, and Peter Philipsen, from Copenhagen University Hospital, Bispebjerg, in Denmark, describe Osterwalder and Diffey’s study as valuable. It offers ‘one plausible explanation, of many, for reported discrepancies between laboratory determined SPF and sunscreen performance in the field,’ they say. Meanwhile, Joanna Turner, a physicist at the University of Southern Queensland in Australia, thinks it proves that visible radiation should be included in SPF testing: ‘The effectiveness of visible radiation at producing erythema is very low, but considering the visible spectrum is about three times larger than the range of the terrestrial solar ultraviolet, there is a possibility that it may add up to the effect postulated by the researchers.’