Scientists at the Monell Chemical Senses Center, Philadelphia, US, tested 74 pairs of identical twins and 35 pairs of fraternal twins to discover the lowest concentration needed for each twin to correctly identify a citric acid solution as sour. The results showed more similar responses between identical twins, who have nearly identical genes, than between fraternal twins, who only share about 50 per cent of their genes. This suggests that genes help determine sensitivity to sourness. 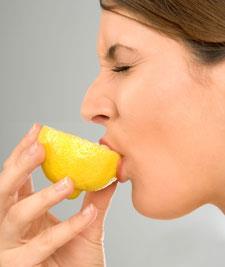 ’However, we do have a very small sample size here so there may be small genetic effects on the perception of saltiness but we could not detect them,’ he said.