US drugmaker Cephalon has agreed to a $6.8 billion (?4.1 billion) takeover bid from Israeli generics manufacturer Teva, which has beaten into second place Canadian pharma company Valeant.

Valeant launched a $5.7 billion hostile bid for Cephalon in April, but the Cephalon board described the bid as inadequate and advised shareholders not to participate. 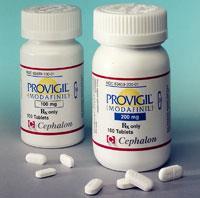 The deal strengthens Teva’s position in the areas of central nervous system diseases, cancer and pain management. In addition, the company expects to save at least $500 million per year as a result of the merger.

The company made its name with generics, but branded products now contribute significantly to sales. The biggest in Teva’s portfolio is Copaxone (glatiramer) for the treatment of multiple sclerosis, which made 2010 sales of $3.3 billion, 21 per cent of total sales at the company. Key patents covering the drug will expire in 2014, which means Teva - like many of its peers in the pharma industry - is keen to find new sources of sales.

Will it find them at Cephalon? The company made 2010 sales of $2.8 billion, with 41 per cent, $1.1 billion, coming from Provigil (modafinil) for the treatment of sleep disorders. And Provigil will face generic competition in 2012, under a deal struck between Cephalon and four generics manufacturers, including Teva.

The company will be hoping therefore that Nuvigil (armodafinil) will continue to bring in money after 2012. Nuvigil is based on the same molecular structure as seen in Provigil, differing only in that Provigil is a mixture of both enantiomers, mirror image forms, while Nuvigil consists of just one of those enantiomers. But the danger for Cephalon is that patients might instead switch to generic versions of modafinil.

Fintan Walton, chief executive of UK consultancy firm PharmaVentures, says traditional pharma companies may have missed a trick by letting Cephalon slip by. ’Big pharma has not woken up yet to the opportunity that still exists within the speciality pharma space.’ Focusing on just one or two diseases that can deliver large profit margins is a viable strategy given the longstanding difficulties facing drugmakers, he adds. What does Teva bring to the table? ’Teva has the financial muscle to realise the potential of the Cephalon pipeline,’ Walton says.