The new world of cosmetovigilance

Authorities on both sides of the Atlantic have taken steps to identify health risks from chemicals in cosmetics. In Europe, ministers representing the 46 nations of the Council of Europe (CoE) announced on 10 November plans for a ’cosmetovigilance’ scheme similar to international pharmacovigilance systems that monitor adverse reactions to medicines. 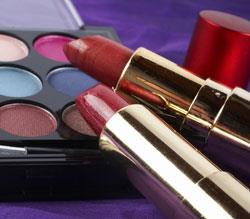 Not all makeover results are desirable

In the US, in one of his final acts before gaining re-election, California’s governor Arnold Schwarzenegger signed off fiercely contested toxics legislation that requires cosmetic producers to report use of ingredients classified as carcinogenic or toxic to reproduction, a measure primarily aimed at phthalates.

The state’s Department of Health Services is also mandated to conduct wider investigations into cosmetic ingredients. Within the 25-nation European Union, a 1976 directive requires that cosmetic products ’must not cause damage to human health when applied under normal or reasonably foreseeable conditions of use’.

The EU also has an intergovernmental rapid alert system (Rapex) that operates when unsafe consumer products appear on the market. Recent cases have included that of a British-made eyeliner found to contain illegal levels of the carcinogen N-nitrosodiethanolamine (NDELA) and a number of skin-lighteners produced in Italy and India that contain glucocorticoids banned under the Cosmetics Directive. CoE ministers fear that adverse effects may be under-reported. CoE pilot studies in Austria, Denmark, France and Norway indicated that barely 25 per cent of consumers who experience ’undesirable effects’ (UEs) consult a physician. Allergic contact dermatitis is the most frequently UE reported by dermatologists, accounting for between 76 and 83 per cent in the pilot studies.

Model reporting forms for use by healthcare professionals have been devised, and the agreement underscores the need for more user feedback.

Sabine Walser, head of a CoE section covering pharmaceutical and cosmetic affairs, told Chemistry World, ’The novel aspect of the agreement is that governments are invited to identify a contact point available on a website where individuals and consumer organisations can directly communicate their concerns.

’Incos should lead to better, systematic reporting, and should help to highlight problems that may occur in only a handful of cases in an individual state,’ she added.