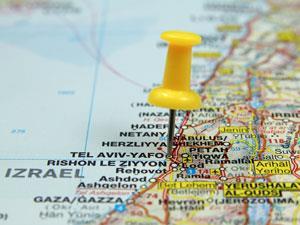 Israel’s continued participation in EU research programmes has been thrown into doubt by new guidelines that aim to prevent money from the bloc going to any institutions or R&D activities in the occupied territories. At present, less than 0.5% of EU R&D funding goes beyond the green line to territories occupied by Israel following the six-day war in June 1967. However, in future, any institutions outside the 1967 border will be automatically excluded from funding, while institutions located inside the border will be asked to sign a territoriality clause.

This demand is seen in Israel as requiring institutions – including government research facilities – to make a written declaration that the occupied territories are not part of Israel. While the EU does not recognise Israel’s sovereignty over the West Bank, Gaza, East Jerusalem or the Golan Heights, this is at odds with Israeli law. Israel says it has annexed East Jerusalem and the Golan Heights, while the Gaza strip and the rest of the West Bank are referred to as ‘the territories’.

The Israeli newspaper Haaretz quoted a senior Israeli government official as saying: ‘We are not prepared to sign such an item in our contracts with the EU … The result may be termination of our entire cooperation in the areas of the economy, science, culture, sports and academia.’ Meanwhile the science and technology ministry was reported as warning that if Israel does not participate in the EU’s €70 billion (£61 billion) Horizon 2020 research programme, which gets underway in January 2014, the country’s R&D funding will be cut by 40%.

The result may be termination of our entire cooperation in the areas of the economy, science, culture, sports and academia

Israel is the only country outside Europe to be a full partner in the EU’s Framework R&D programmes. The 1584 Israeli participants in the current €50 billion Framework Programme 7 (FP7), are in line to receive €634 million. A spokeswoman for the EU’s research, innovation and science directorate, which manages FP7, says ‘some few’ organisations that are based within the internationally recognised borders of Israel but have activities in the occupied territories have received funding. ‘This concerns around 0.5% of all funding that has gone to Israel,’ she adds.

The EU guidelines do not apply to bilateral agreements between Israel and individual member states, and so have no implications for a deal between the UK and Israel, signed by foreign secretary William Hague and Israeli science minister Yaakov Peri in May, under which it was agreed to collaborate on advanced materials and nanotechnology; agri-sciences; neuroscience; space research; and regenerative medicine.

Of the €634 million of FP7 money going to Israel, the biggest chunk – €278 million – is for Israeli recipients of European Research Council (ERC) grants, awarded to individual scientists from anywhere in the world, to carry out fundamental research in Europe. By coincidence, the latest round of ERC grants was announced on 19 July, the same day as Catherine Ashton, the EU’s foreign policy chief announced the new rules, which will prohibit the award of any grants, funding, prizes or scholarships, unless an institution signs the settlement exclusion clause.

The rules do not apply to individual students and researchers, who would continue to be eligible for scholarships awarded under the Erasmus Mundi and Marie Curie Action programmes. However, they do apply to Israeli institutes hosting scholarship recipients. In the case of Marie Curie, under FP7, Israeli organisations have received total funding of €60.5 million.

The ERC grants announced on 19 July reflect the strength of Israel’s science base, with 32 researchers receiving grants of up to €2 million each, out of a total of 287 awards. This puts Israel in third place behind the UK and Germany for the number of grants received in this sixth round of ERC awards.

Of Israel’s eight universities, an EU ban will have the most impact on Ariel University. Its location in a Jewish settlement in the West Bank automatically excludes it from applying for grants in its own name, and it will not be able to collaborate in projects led by its peers. Ariel was upgraded to a university only last year, prompting protests from the group Israeli Academics for Peace, which argues the move was part of government policy to cement the occupation, and would lead to academic boycotts and jeopardise international R&D funding.

One of the group’s leaders, Nir Gov, at the department of chemical physics at the Weizmann Institute of Science, says he supports the EU’s move. ‘I think it’s good that the EU is making the distinction between academic activity inside Israel and that which takes place in the occupied territories.’

In practice, that distinction already exists, according to a spokeswoman for the EU’s external action service, the bloc’s equivalent of a foreign ministry. The guidelines reiterate and codify a tacit understanding that the EU does not fund research in the occupied territories. ‘It brings clarity into the system,’ she says. The Delegation of the European Union to Israel went further in its statement, saying that making the rules explicit is intended to prevent an all-out boycott on scientific cooperation with Israel.

As things stand, Israel has agreed to contribute €600 million to Horizon 2020. The details are now under discussion. Since neither side wants to terminate their cooperation, it seems likely some form of words will be found that will allow the symbolic significance of the EU’s stance to reverberate, whilst limiting the practical impact.