Three more members of the UK government’s drugs advisory council have resigned, including renowned chemist Simon Campbell. Despite the panel’s recent attrition rate, both Campbell and UK science minister Lord Drayson insist that the focus must now be on moving forward and re-establishing both the council, and the trust between government and the science community.

Simon Campbell is the latest scientist to resign from the ACMD

UK Home Secretary Alan Johnson met with members of the Advisory Council on the Misuse of Drugs (ACMD) yesterday, seeking to calm tensions following his controversial dismissal of the council’s chair, David Nutt, on 30 October.

The upheaval means the ACMD is haemorrhaging scientific expertise, potentially leaving it unable to function effectively. The UK’s Misuse of Drugs Act specifies six scientific positions which must be fulfilled in order for the council to be quorate, including that of a chemist and a pharmacist.

’As far as I know, there isn’t really any [chemistry] expertise left on the council,’ says Campbell, former president of the UK’s Royal Society of Chemistry. ’These are really very important positions. Making these appointments - chemistry, pharmacy and the chair - is going to be very important and need to be made as soon as possible.’

’We recognise that important advice around the very complex chemistry involved here is vital,’ UK science minister Lord Drayson told Chemistry World. ’The government has to have access to the best possible advice and having the best possible adviser on the chemistry of these issues is very important indeed. I’m sure that the government’s chief scientific adviser will be working to ensure that the government has access to that advice.’ 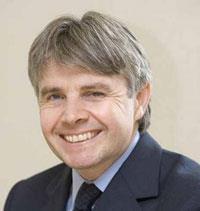 The challenge now will be to reconstruct the ACMD, and restore the trust between the government and the scientific community, which has been badly battered over the weeks since Nutt’s dismissal.

’There’s a fundamental disconnect between politics and science, and accepting scientific recommendations that may not win many votes is very difficult for any government,’ says Campbell. ’There’s a heavy responsibility on Alan Johnson and the Home Office to rebuild the advisory council into an independent group that has the attention and the respect of government.’

However, Drayson also says there is a real need for a clear set of ’rules of engagement’ between science advisers and the government, which although acknowledging the independence of advisers, stresses that while government is informed by scientific advice, ’in the end government and ministers make the decisions, and the scientific community needs to recognise that that is the case.’