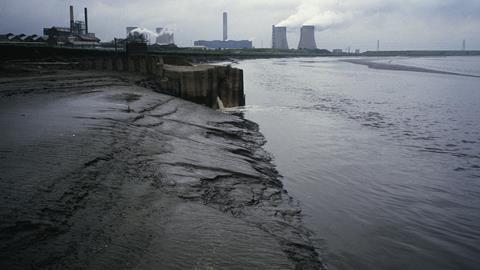 Scientists have developed a method to remove a common persistent pollutant in under 10 minutes using metal nanoparticles supported on genetically modified viruses. Each metal-studded virus acts as a tiny battery, electrochemically reducing the pollutant to a less toxic compound.

Para-chloronitrobenzene is a carcinogen and toxic when inhaled, consumed or absorbed through the skin. It is widely used in dyes, synthetic materials and pesticides. As a persistent organic pollutant, it accumulates in lakes and rivers, where it sticks around for decades. A common method of reducing the compound to the safer para-chloroaniline uses metal nanoparticles, often iron. However, this method is slow and requires like high temperature or high acidity. Moreover, with continued use, nanoparticles tend to clump together, which makes them much less effective.

Now, Huimin Yu and colleagues from Tsinghua University in China can reduce chloronitrobenzene in less than 10 minutes using genetically modified viruses. They decorated the outside of the viruses with iron and nickel nanoparticles; the difference in electric potential between the metals converts the viruses into micro-batteries, which can reduce more chloronitrobenzene in the same time than simple iron nanoparticles.

In this micro-electrolysis system, the iron works as anode, the nickel particles as cathode and the virus as the conductive wire. The virus method also uses only one tenth the amount of nanoparticles than a previous method based on iron particles alone. The virus only attacks bacteria, rather than plants or animals, making it easy to cultivate and environmentally beneficial.

Debora Rodrigues, an expert in environmental engineering from the University of Houston, US, describes this work as ‘a very elegant study’. She went on to say: ‘The concept of reducing para- chloronitrobenzene using micro-electrolysis with these virus-modified particles is very ingenious.’

Yu thinks that ‘the micro-electrolysis effect is a universal mechanism for substrates with any oxidation state, so this novel method can be applied to the treatment of not only the model pollutant, but also actual settings with mixed pollutants’.

Yu’s team is now exploring the reduction of other chemicals and heavy metals using the micro electrolysis, as well as looking for more applications for the modified viruses.