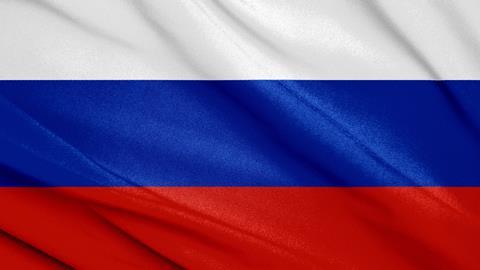 Researchers based at Russian institutions are more likely to publish in predatory journals if their university leader already does so, according to new analysis.

The authors of the study, analysed the work of 1386 rectors – the most senior officials at Russian universities – over a 10-year period and found that 149 officials had published in journals classified as potentially predatory in another study. What’s more, the rectors found to have been publishing in predatory journals had been doing so for an average of eight years, the study found.

Trouble at the top

It’s not the first time Russian university leaders have found themselves under scrutiny for poor research practices. In 2020, a report released by the Russian Academy of Sciences (RAS) found that 17 rectors were guilty of publishing plagiarised papers in international predatory journals.

Another similar 2019 probe by the prominent website Dissernet, which tracks research misconduct and questionable research practices in Russia, found that 64 out of 676 rectors at Russian universities had plagiarised their theses. ‘There is indeed an influence of the leadership on how an organisation functions,’ says predatory publishing study author Daria Gerashchenko of the European University at St Petersburg in Russia.

Rectors in Russia typically don’t publish much, Gerashchenko says. ‘They are not well established scientists in the first place,’ she adds, noting that many of these academics are essentially research administrators who are often involved in teaching students and managing finances.

Gerashchenko says university leaders should be elected based on academic merit instead of being appointed based solely due to their management skills or their allegiance to a political party or government. That would reduce state control of universities too, she notes.

But standards at Russian universities remain far lower than those at western institutions, Gerashchenko says. Many journals published in Russia are also riddled with research misconduct including plagiarism, self-plagiarism and gift authorship, according to another major 2020 investigation by the RAS, which led to hundreds of papers in Russian journals being retracted.

University leadership publishing in questionable journals can affect the publication strategy of the whole institution, says Anna Abalkina, a sociologist at the Free University of Berlin, who is from Russia. What’s more, in Russia, there is no system to exclude academics found guilty of violating academic ethics, she adds.

For Abalkina, the status quo in Russia can be used to study the phenomenon of scientific fraud and questionable research practices. ‘In which other country can you find so many rectors with publications in predatory journals or rectors with plagiarised PhD theses?’ In other nations, such cases either don’t exist or they are not well documented, Abalkina notes.

Russia’s invasion of Ukraine has been decried by academics worldwide, including some based in Russia. In May, some Russian scientists ran a campaign to prevent pro-war academics being elected to the RAS, which is considered to be a prized credential in the country.

Abalkina thinks the war – and the resulting sanctions – will have detrimental effects on Russian science. ‘Isolation in science never leads to development and progress,’ she says, noting that many big academic projects were carried out in collaboration with researchers based in foreign countries.

According to Alexander Nozik, a physicist at the Moscow Institute of Physics and Technology, many scientists have left Russia since the war started. But Russia has faced the problem of a brain drain since before the war, with scientists in the country leaving the country in large numbers, according to a recent report. Some studies suggest that scientists in Russia are lagging behind the global norms of cross-border, far-reaching science by publishing a large percentage of their papers in local journals rather than in international publications.

Last month, the UK prime minister Boris Johnson issued an open invitation to Russian scientists dismayed by the war to defect to the UK. But as of yet, Nozik says, ‘it’s all words because there are no specific mechanisms to do that’. If the policy goes ahead, it will likely benefit only a few hundred researchers, he adds. Still, ‘it will be very bad for Russia on the ground’, Nozik adds, pointing to the lack of educators to teach the next generation.

For Nozik, one of the biggest problems in Russian academia is that there is a split between trained scientists and administrative staff. The latter, Nozik says, are appointed to high-level positions based on political criteria rather than the merit of their science. It’s particularly problematic that it’s so difficult to robustly measure the value of science, making it even harder to judge academics, he adds.

Around a decade ago, the Russian government injected cash into research in an attempt to boost the rankings of the country’s universities and revitalise Russian science. It also boosted state funding available to foreign students from the EU in the hope that they would stay and work in Russia. But since then little has been done to improve Russian academia, Nozik notes. ‘It’s a political decision, not a scientific one.’