China is stepping up efforts to ensure industrial agrochemical laboratories are up to international standards.

Between December and January, the Ministry of Agriculture released six separate regulations on pesticides, including legislation to phase out highly toxic pesticides like the organophosphate methamidophos and a new list of labs approved to carry out environmental toxicology. 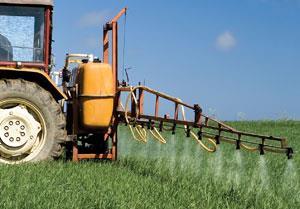 China wants to clean up its pesticides

Chen Tiechun, the official charged with managing the compliance of agrochemicals with Good Laboratory Practice (GLP), said in January that China would apply to join the OECD’s GLP management system.

Speaking to Chemistry World, Chen, who is based at the Ministry of Agriculture’s Institute for the Control of Agrochemicals, said work to prepare the application is now ready and it should be submitted soon.

Chen is optimistic that China’s bid to join the scheme would be accepted. ’The domestic trial GLP rules for agrochemicals released in late 2006 already refer to a lot of stipulations in the OECD standards,’ he said.

The lack of internationally recognized GLP standards is holding back the growth of China’s agrochemical industry, Chen believes. Of the 1700 different pesticides exported by China in 2005, only 80, or 4.7 per cent, are branded end products. The majority are used by international agrochemical firms as raw materials for their own pesticides.

Cai Leiming, a senior researcher at the Shenyang Institute of Chemical Technology, China’s leading agrochemical research body, said that while there are real differences between Chinese agrochemicals and those made in OECD countries, the biggest problem remains the lack of standard procedures for labs to follow.

In an experiment to analyse the concentration of a particular chemical, the duration of the test and the conditions under which it is carried out often play a crucial role, Cai said. ’To impose a standard GLP procedure would be an important step towards meeting international criteria.’

He added that with stricter checks in place to ensure experimental data is collected and recorded properly, China could also prevent fraud.

Like its pharmaceutical industry, China’s agrochemical sector features a huge number of firms that turn out generics and must keep costs down and get speedy approval of their products to compete.

Forcing pesticide makers to carry out research in GLP-certified labs would ramp up their costs, Cai admitted, and many smaller producers could go out of business. But he believes this is unavoidable if Chinese pesticides are to be produced to international norms.

Fan Zhixian, a professor of chemical engineering at Qingdao University of Science and Technology, warns that the lack of coordination between different ministries could hinder the efforts.

’The General Administration of Quality Supervision, Inspection and Quarantine is responsible for testing pesticide residues in food sales, the State Environmental Protection Administration for residues in the environment, while the agriculture ministry for those in the production cycle. They need to have a system to effectively share information,’ Fan told Chemistry World.

Before the new rules are imposed, regulators should check that agrochemical producers are able to comply with them. ’Otherwise, the rules could often be broken,’ said Fan.