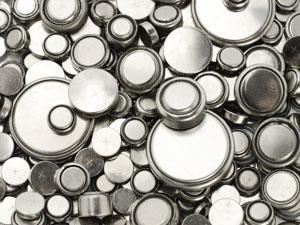 The lithium ion battery was a landmark event in technology. The lightest of all metals, lithium batteries have made all manner of electronic devices compact and portable, ushering in the era of miniaturised mobile technology. But their use beyond these applications has been limited as they struggle to match the power output of the combustion engine, for example. Also, the transition metals they commonly use are becoming more scarce and expensive.

Ken Sakaushi at the Dresden University of Technology and co-workers aim to solve both of these issues with their demonstration of a novel energy storage principle for a cathode based on a porous organic polymer framework material.

In a traditional lithium battery, Sakaushi explains, electrons are transferred from the anode to the cathode by reducing a positive charge (p-doping) or creating a negative one (n-doping) within the cathode, with the corresponding movement of either anions or cations, respectively. ‘Our idea is to combine these into one process,’ he reveals. ‘It uses both anions and cations to transfer electrons during discharge.’

The key to realising this idea lies in the use of a triazine-based polymer as the cathode material. Triazine’s electrochemical behaviour makes it uniquely suited for this purpose as it can exist in both p-doped (positive) and n-doped (negative) states. ‘The most important feature of our cathode is a continuous, linear transition between these states during charge and discharge,’ he says, which effectively doubles its capacity compared to traditional cathodes.

The use of polymeric frameworks for these purposes also has other advantages: selecting the monomers (in this case p-dicyanobenzene) gives precise control over the pore size and distribution to deliver high surface area and allow rapid transport of the ions into and out of the electrode. They can also be lighter than the transition metal oxides normally used. ‘These are very interesting materials,’ says Laurence Hardwick from the University of Liverpool, UK. ‘People are now trying to use them in applications such as energy storage – this is the first or second paper in this area. It’s a very interesting, novel approach for ion storage in this class of solids.’

John Owens, a professor of electrochemistry at the University of Southampton, UK, says this is an important step toward realising the benefits of organic polymers in such applications. ‘Nickel and cobalt are good for energy storage but they’re becoming expensive ... this doesn’t use any mineral resource, so it’s sustainable in that respect. And it’s easy to make.’

Sakaushi thinks there’s still much to be learned about these new materials. ‘First of all, we have to find out how the ions are stored in the polymer,’ he says, adding that ‘the polymeric frameworks also have honeycomb structures, so they might inherit some features of graphene.’