The International Energy Agency (IEA) has called for investments of up to $3 trillion to fund a network of carbon capture and storage (CCS) projects through to 2050. Without CCS, the IEA says that costs associated with cutting greenhouse gas emissions to 2005 levels by 2050 are likely to be 70 per cent higher.

Basic technology to develop large-scale commercial CCS demonstration projects is already in place to help meet the IEA’s ambitious target of cutting emissions by 50 per cent by 2050. But convincing politicians to cough up the billions to finance pioneer projects over the next decade could prove a significant hurdle.

The IEA’s Carbon Capture and Storage Technology Roadmap, published last week, calls for governments to invest US $54 billion (?32.6 billion) by 2020 to fund 100 CCS projects worldwide, which would capture carbon dioxide and pipe it underground for long-term storage. A handful of industrial-scale projects are currently in operation, including in Norway, Canada and Algeria, but none test all facets of the technology.

The IEA report sees the initial 100 plants a first step to fine-tune the technology. These early projects are likely to be driven by encouraging uptake in sectors such as ammonia and fertiliser production, natural gas processing and liquefied natural gas, the agency says.

By 2050, however, governments will need to have chipped in an additional investment of $2.5 to $3 trillion to fund 3400 CCS projects, which the IEA says could help achieve a 50 per cent reduction in greenhouse gas emissions.

Jon Gluyas, professor of CCS and geo-energy at Durham University in the UK, agrees that current technology would enable completion of 100 projects by 2020. 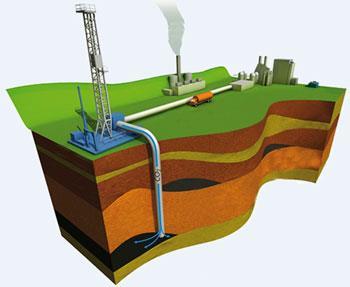 But convincing governments to allocate more than $50 billion for 100 projects is a different story. ’I think it is going to be extremely difficult,’ say Gluyas, but quickly adds that he believes governments will be convinced to invest in CCS at levels proposed by the IEA.

Franklin M. Orr, Jr, a chemical engineer at Stanford University’s department of earth sciences, agrees. ’There seems to be significant effort on the part of Europe and the US to test CCS at scale, so I think it is reasonable to expect that the initial steps will be taken,’ he says. ’There is enough understanding of what happens to CO2 in the subsurface to warrant testing CCS in a variety of geologic settings and at the scale of large power plants.’

Some 23 energy ministers meeting on October 13 at the Carbon Sequestration Leadership Forum in London, which coincided with release of the IEA report, voiced support for fast-tracking CCS demonstration projects. They also urged delegates attending the United Nations climate summit in Copenhagen in December to ’recognise the importance of CCS in mitigating climate change.’

US energy secretary Steven Chu, speaking at the forum, said the US is ploughing $4 billion in CCS, to be matched by $7 billion from industry. He called for ’an aggressive global effort’ to advance CCS to the point where widespread, affordable deployment could be achieved within 10 years.

Ferran Tarradellas Espuny, spokesman for European Energy Commissioner Andris Piebalgs, told Chemistry World  that the European Commission welcomed the IEA report, saying that leaders of EU member nations agreed in 2007 that ’CCS technology has to be demonstrated very quickly on a large scale. The construction of up to 12 large-scale CCS demonstration projects in Europe by 2015 was set as the first milestone.’

As part of the European Energy Plan for Recovery, in May the commission allocated

1.05 billion (?0.95 billion) for CCS, enough to finance up to seven of the 15 demonstration projects, Espuny says.

’It is clear that CCS development and subsequent deployment will require substantial investment,’ Espuny says, noting that industry and EU member nations will have to help carry the cost. ’However, most expert studies conclude that these investments will pay off in the long term.’