Two become one for bio-oil upgrade

The development of a couple of new and improved catalysts for upgrading bio-oil is bringing this novel approach to producing biofuels a step closer to the big time.

Although there are several ways to convert plant biomass into a liquid fuel, perhaps the simplest method is to heat it in the absence of oxygen - a process known as pyrolysis. Unfortunately, the resultant bio-oil is somewhat lacking as a fuel: it’s watery and contains too much oxygen. So this bio-oil needs to be upgraded to remove the excess oxygen and water, transforming it into a usable mixture of fuel-grade hydrocarbons.

As this upgrading process involves several different reactions, including hydrogenation, dehydration and hydrolysis reactions, scientists have often employed multiple catalysts. When combined with a stream of hydrogen, these catalysts transform the excess oxygen into water and then separate the water from the hydrocarbon molecules. 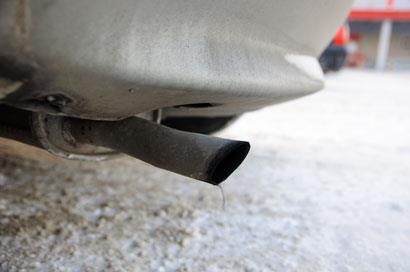 In 2009, a team of chemists led by Johannes Lercher at the Technical University of Munich in Germany used a combination of a palladium catalyst and a phosphoric acid catalyst to upgrade bio-oil into fuel-grade hydrocarbons. While in 2010, chemists from the University of Massachusetts-Amherst, US, led by George Huber, used a combination of a ruthenium-based catalyst and a zeolite catalyst to upgrade bio-oil into a range of useful hydrocarbons, including fuel-grade hydrocarbons and industrial chemicals.

Now, both these teams have gone one better by developing a single catalyst able to do the job. They have even taken the same approach, with both groups’ catalysts using a zeolite known as ZSM-5 impregnated with metal nanoparticles. Lercher used nickel nanoparticles1, while Huber used gallium nanoparticles2.

Like many zeolites, ZSM-5 contains lots of acid sites, making it particularly good at catalysing dehydration and hydrolysis reactions, while the nickel and gallium nanoparticles are both effective at catalysing hydrogenation reactions. In this way, a single metal-impregnated zeolite catalyst can replicate the performance of both a metal-based catalyst and an acid catalyst.

Lercher and Huber found that their new catalysts were able to convert bio-oil into a range of fuel-grade hydrocarbons and industrial chemicals, including alkanes and aromatics. Indeed, Huber found that his new single catalyst was actually much more efficient than the previous dual catalyst system.

’Our paper demonstrates that with this new gallium-zeolite catalyst we can increase the yield of those products by 40%,’ says Huber. ’This gets us much closer to the goal of catalytic fast pyrolysis being economically viable.’

Lercher, meanwhile, is looking to improve the efficiency of his catalyst. ’We are exploring the catalytic system further, investigating ways of making the catalyst more active without losing the selectivity to produce alkanes in the diesel range,’ he says.