Two-thirds of UK universities will charge the maximum allowed ?9,000 annual tuition fee for at least one course from 2012, prompting wide-ranging concerns over students’ ability to afford degrees. The average UK student’s annual university tuition fees will be ?8,393, with 27 per cent of any fees over the ?6,000 minimum going towards schemes to provide fair access to degrees. The University and College Union (UCU), which represents lecturers and academics, slammed the high fees.

’The new system is flawed both economically and morally and it is not right to ask the brightest brains in this country to be guinea pigs for an unfair system that has not been properly thought through,’ said Sally Hunt, the UCU’s general secretary. ’When pushing hard to persuade Liberal Democrat MPs to break their pre-election pledge to vote against any rise in fees, ministers made much of the fact that fees of over ?6,000 would be the exception. Quite clearly that is not the case.’ 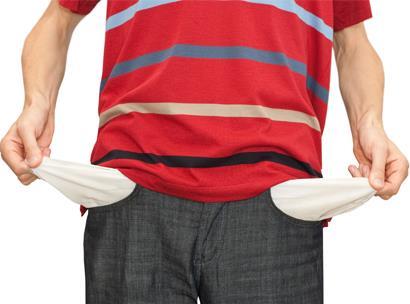 Students will be left out of pocket as the average cost of a three year university course will hit ?25,000

The government demanded that universities enter ’access agreements’ with its Office for Fair Access (OFFA) before they could charge fees over the minimum. These agreements will raise university spending on recruiting poorer students and waivers that eliminate fees for them by ?195 million, to ?602 million for the 2012-2013 academic year. OFFA has been criticised for not securing more financial support for students, with the UCU saying it has not turned down an access agreement since it was formed in 2002. Meanwhile, the Russell Group of leading universities, many of which are charging maximum fees, said that these agreements were not tackling the causes of unequal access to universities.

’The access agreements risk focusing too much on regulation rather than resolving the real problems: underachievement at school and poor advice on the best choices of A-level subjects and university degree course,’ said Wendy Piatt, director general of the Russell Group. The Russell Group strongly prefers traditional subjects, including chemistry, physics and maths, when recruiting students. At present, private school students in the UK are twice as likely to study these subjects as those at comprehensives.

University Alliance, a group of predominantly ’new’ universities who are charging lower fees, says that the government is favouring richer students. ’They are creating a shift in public investment towards the high-achieving, high-social class students,’ said Libby Hackett, University Alliance’s director. ’This makes no sense for social mobility.’