UK technology centres must learn from past mistakes

The UK government has told the Technology Strategy Board (TSB) it needs to learn from previous failures if it is to turn academic research into economic success as it rolls out the technology and innovation centres (TICs).

The advice came in a point-by-point response to the Science and Technology Committee’s TICs report.

TICs were announced in the UK 2010 spending review as ’an elite network of research and development intensive technology and innovation centres’. 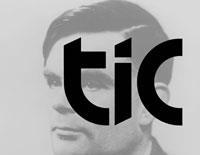 The Technology and Innovation Centres will be named Turing Centres, in honour of mathematician and computing pioneer Alan Turing

The government and TSB, the UK’s national innovation agency that has the goal of stimulating economic growth by harnessing research, are planning to co-opt the almost 40-year-old German Fraunhofer model. The government will provide one third of the funding, with the other two thirds coming from competitive public-private funding and directly from the private sector.

The report cites the Faraday Partnerships, which struggled because of ’the lack of reliable core funding’. The committee says ’the promise of ?200 million core funding over the next four years from government is an acceptable foundation for the TICs initiative’. Established in the 1990s, the Faraday Partnerships became too dependent on commercial income, losing their innovative edge.

The TSB has already fast-tracked its first TIC in advanced manufacturing, which was awarded to a consortium led by the University of Sheffield Advanced Manufacturing Research Centre and Boeing. A call for a cell therapeutics TIC has also been put out. The TSB expects to fund between six and eight TICs in a range of priority sectors.

Government funding for TICs came from the closure of the Regional Development Agencies (RDAs). A delicate balance will need to be struck now - removing funding from existing RDA centres will create an economic imbalance and a loss of expertise, while locating TICs in places supported by a strong research base with the ability to collaborate with the TICs will have the greatest impact on economic growth.

The government also agreed with the Committee proposal to name the TICs Turing Centres, after the mathematician and computer pioneer Alan Turing.