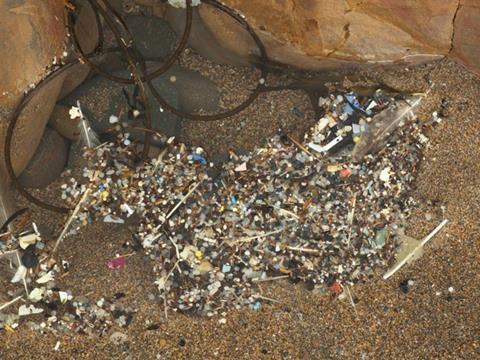 Microplastics are washing up on beaches around the world. Their effects on marine life are still being assessed

A United Nations expert panel tasked with protecting the global marine environment has called for immediate action to rid the oceans of tiny plastic particles. The experts note that these microplastics are being ingested by ‘a wide range of marine organisms including invertebrates, fish and birds’ and that they could inflict both physical and chemical harm on them.

In a new global assessment of the sources and effects of microplastics on the marine environment, the expert panel says plastic pollution has been pouring into oceans for the past 60 years. Microplastics are defined as plastic particles ranging from 5mm down to 1nm, and the report says ‘it seems unlikely that a cost-effective technical solution can be developed and maintained to allow the large-scale removal of significant quantities of floating microplastics from the ocean’.

Instead, the joint group of experts on the scientific aspects of marine environmental protection (Gesamp) recommends that nations around the world focus ‘urgent’ efforts on reducing plastics entering the ocean by following the 3Rs – reduce, re-use, recycle. ‘Improving the overall management of plastics via the circular economy, represents the most efficient and cost-effective way of reducing the quantity of plastic objects and microplastic particles accumulating in the ocean,’ the report says.

Getting to grips with microplastics 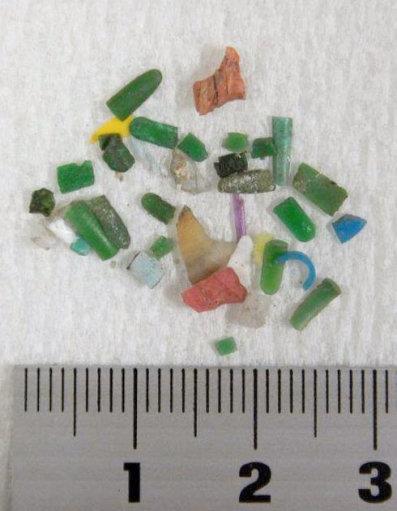 Although advocating immediate efforts to stop the flow of microplastics into the ocean, the experts acknowledge that the potential effects on marine life are not yet fully understood and recommend more research. In all, the report makes six recommendations to reduce microplastics in the oceans and to improve scientific understanding of the effects microplastics have on the marine environment. These recommendations include working out where microplastics are coming from, examining the chemical threat posed to marine life by these plastics and ensuring that end-of-life plastics are seen as a valuable resource, rather than troublesome waste.

Katja Broeg, an ecotoxicologist at the Baltic Sea Centre at Stockholm University, Sweden, describes the UN report as a comprehensive compilation of the ‘current state of knowledge’ on microplastics in the oceans. ‘The strength of the report is in its policy-related recommendations,’ says Broeg, author of a recent study on microplastics in the Baltic Sea. ‘The expert group recommends two parallel paths for targeting the microplastics issue. Action-oriented measures and improvement of future assessments. Therefore, Gesamp emphasises the importance to act before all possible evidence has been collected.’

Sherri Mason, a chemist and coordinator of environmental sciences at the State University of New York, US, describes the UN assessment as ‘well-researched’. But like Broeg, she indicates that there is still a lot to learn about microplastics in the oceans. ‘Any cutting edge assessment will always be based upon what information is currently available,’ she says. ‘It will never be complete because there are always parts of the story we don’t know or understand as yet.’

But Mason, who is a scientific adviser to the marine environmental organisation 5 Gyres, is clear about who is responsible for microplastics in the oceans and for cleaning up the oceans. ‘We are the problem,’ she says. ‘Therefore we are the solution.’

Source of the problem

The UN report notes microplastics are mainly composed of six polymers: polyethylene, polypropylene and expanded polystyrene, which are more likely to float, and polyvinyl chloride, nylons and polyethylene terephthalate (PET), which are more likely to sink. Microplastic sources include abrasives for industrial purposes and in personal care products such as toothpaste and skin cleaners, as well as fragmentation of larger plastics dumped into the oceans.

After entering the ocean, microplastics can be distributed globally with especially high concentrations in ocean gyres, but also close to population centres and shipping routes. Microplastics have been found on beaches, in surface waters, seabed sediments and in a wide variety of marine life. Plastics tend to absorb and concentrate hydrophobic contaminants from surrounding seawater and can also contain a high proportion of additive chemicals incorporated during manufacture.

Although the potential effects on marine life are not yet fully understood, the report says that in vitro studies have shown that microplastics crossing cell membranes can cause inflammation and cell damage, followed by healing responses and fibrous encapsulation of particles.

Support is already growing within the EU for regulatory action to reduce the flow of microplastics into the marine environment. The European commission launched a study earlier this year on the issue and the European environment and maritime commissioner, Karmenu Vella, in a speech on 12 May said ‘global concerted action’ is necessary to eliminate plastics and microplastics pollution.

‘Even though many aspects concerning the environmental fate and impact of microplastics on the environment are still unknown, one thing is for sure,’ Broeg says. ‘Plastics don’t belong in the environment. It is time to come up with concrete actions to reduce their emission.’