£7.4 billion distributed for teaching and research at universities in England, but uncertainties and anxiety remain

As the Higher Education Funding Council for England (Hefce) announces how it plans to distribute ?7.4 billion in funding, uncertainties over future cuts and shifts in the political landscape cause anxiety in academia.

The funding allocations for 2010-11 saw Hefce having to deal with the first reduction in funding since the late 1990s, and also accommodate a shift in how money is distributed to focus more funds on universities with the highest quality research. Science has also been afforded a degree of protection, with extra funding available for universities willing to increase their provision for science, technology, engineering and maths (Stem). 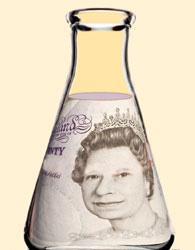 While the total grant fund of ?7356 million is a 1.6 per cent drop on last year’s kitty, savings made from cutting support for historic buildings, some intensive postgraduate programmes and foundation degrees helped secure a 2 per cent increase in funding for research and a slim 0.4 per cent increase for teaching.

Of  the 130 universities and higher education colleges awarded funding, 61 received more money than last year, though half of these saw an increase of 2 per cent or less. Although 69 institutions received less money than last year, Hefce has kept ?20 million aside to distribute to universities that are experiencing cuts to help manage the transition to lower funding.

’While we may face more challenging times, we are starting from a very strong base,’ Sir Alan Langlands, Hefce chief executive, said as the figures were announced. ’We’ve managed to give universities and colleges breathing space to adjust to a more restrained, a more exacting public funding environment.’

Despite the steps Hefce’s has taken, some are still concerned about this year’s funding allocations. ’While we appreciate Hefce’s efforts to protect core university funding, around half of higher education institutions have seen a cash decrease in comparison with 2009-10, and this can never be considered good news for the sector,’ said Steve Smith, president of Universities UK (UUK) which represents the higher education sector. ’But UUK recognises the pressures imposed by the current economic climate, and notes that in the majority of cases these decreases have been 1 per cent or less.’

The increased concentration of funds on institutions carrying out the best research has meant that the top five research universities now receive a third of Hefce’s available funds. The top 10 institutions together capture just under half of the money.

While the University of Oxford saw a boost in research funding, it lost cash destined for the upkeep of old and historic buildings

A side pot for Stem

While a large chunk of the Hefce grant has already been allocated, some is being held back - including a ?10 million pot destined for institutions willing to shift their provision towards Stem subjects.

Philip Walker of Hefce told Chemistry World  that institutions will be expected to bid for funding from this kitty, with invitations due to be sent out to universities next week. While there is currently no cap on the maximum that can be awarded to a single institution, if the scheme is   oversubscribed Hefce may take actions to limit the funding awarded to individual establishments or to ensure a balanced spread of subjects are covered. Institutions will be monitored to ensure the funding is directed towards Stem subjects.

While some have voiced concern about ’undue’ emphasis being placed on Stem subjects, Langlands defends the actions as completely justified. The move to boost demand and support for Stem came as a result of a ’market failure’ which he says meant there weren’t enough people studying Stem subjects at university and supporting the needs of the economy. ’We’re correcting something that was wrong rather than giving Stem undue emphasis,’ says Langlands.

Despite today’s allocations, the future for higher education funding is still rather uncertain. The impending budget, a general election, and an as-yet-undistributed ?600 million in funding cuts announced by the Department of Business, Innovation and Skills (BIS) last year mean the picture could change significantly over the course of the coming year.

’The government’s spending plans only run to March 2011 and we remain deeply worried about the possibility of more cuts,’ said Wendy Piatt, director general of the Russell Group of 20 leading universities. ’Any further funding reductions during the coming year and beyond would risk damaging the education of our students and the cutting-edge research at Russell Group universities.’

An even harsher reaction came from Million+, a think tank representing newer universities. ’For universities this is a phoney war because this funding settlement could be completely blown out of the water if there is a second budget after the general election which makes further cuts to higher education,’ said Million+ chair, Les Ebdon.

’All political parties now need to make clear whether there will be further cuts in higher education funding after the election.’

Langlands admits that Hefce has ’no real certainty’ about funding after April 2011, but says the question is whether Hefce can absorb any financial adjustments itself or will be forced to ’share some of that pain’ with universities and colleges. However, with every pound spent on higher education bringing three pounds into the economy, Langlands insists that ’we are part of the solution to the economic pressures facing the country, not part of the problem’.

’I don’t think anyone at Hefce is prepared simply to watch all the gains of recent years disappear - we’ll fight very hard.’