University teaching bears the brunt of cuts to higher education funding while science is afforded a degree of protection, according to latest Hefce figures

University teaching is bearing the brunt of cuts to higher education funding, while science has been afforded a degree of protection, according to the latest figures announced by the Higher Education Funding Council for England (Hefce).

Hefce made the announcement yesterday as the body sought to address budget cuts of ?449 million announced by the government, including an unexpected extra reduction in higher education funding of ?135m sprung on the community in December.

?215 million is being culled from the funds made available for teaching, a move that has been widely criticised by groups representing universities and academia, saying it will have a huge impact on the number of students able to enter higher education.

Demand for student places in the UK hit a 10-year high in 2009, with a 15 per cent increase in applicants over 25 years old from 2008 to 2009 as the financial crisis prompted many to return to education.

An extra 10,000 student places made available to deal with this increased demand in January 2009 was a ’one-off’, the annual letter from secretary of state Peter Mandelson to Hefce said, along with a reminder of penalties for those institutions that over-recruit at several thousand pounds per extra student.

The cuts have been described as a devastating blow by organisations representing UK universities. ’As a result of these cuts, the number of places available in universities in 2010 will be the same as in 2008,’ university think tank Million+ said in response to the news. ’This is completely counter-intuitive.’ 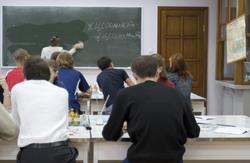 Less places will be available for students

While teaching has taken a hit, Hefce announced that funding to support science, technology, engineering and mathematics (Stem) has been safeguarded for 2010-11, in line with recommendations made in the government’s Higher Ambitions framework for higher education published in November.

The funding council also announced that it would set aside ?10 million to support intuitions that are shifting towards Stem subjects, which comes on top of ?25 million already earmarked to support high-cost and vulnerable science subjects.

Hefce also plans to introduce changes to how research is funded by introducing a ’steeper’ funding slope. This will essentially mean that a larger proportion of available funds will go to research with higher assessment ratings, concentrating more research in these departments.

’Increasing the weighting towards the highest quality departments will help to ensure during difficult times that the highest quality research departments are able to keep investing for the future,’ Nick Dusic, director of Campaign for Science and Engineering in the UK, told Chemistry World. ’That will have consequences for the UK’s research funding landscape, but when money becomes tight it’s an appropriate response. ’

’Science in the UK is still under threat, despite the ’protection’ of research funding,’ says Richard Porte of the Royal Society of Chemistry. ’Chemistry and physics departments in universities run at a deficit, so when the vice-chancellors are looking to balance their budgets after a financially turbulent couple of years it’s highly tempting for them to close those under-funded departments.’

Another looming question surrounds a further ?600 million in cuts due to hit science, research and higher education. Announced in December’s pre-budget report, the details of how that figure will be split have yet to emerge, and are likely to cause further turmoil within the academic and research communities.

’While Hefce has done an admirable job of making difficult decisions, the continued uncertainty about the nature and scale of the cuts puts a real additional pressure on universities’ ability to plan effectively,’ said Steve Smith, president of Universities UK, the body representing the higher education sector.

’The higher education sector is prepared to take its share of the pain, but universities must receive confirmation that there will be no further cuts.’