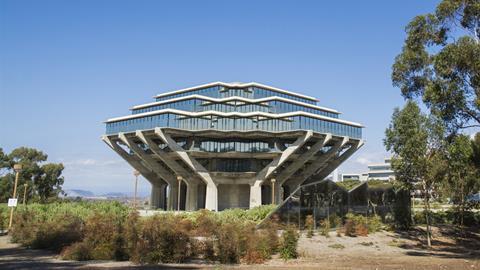 After a very public feud two years ago, the University of California (UC) system has reached an open access deal with Dutch scientific publishing giant Elsevier. The four-year agreement is being billed as the largest such arrangement to date in North America. UC accounts for nearly 10% of all US publishing output, and Elsevier is the world’s largest academic publisher. The deal is valued at around $11 million (£7.9 million) in the first year, growing by 2.6% annually.

The two sides began negotiations in 2018, but talks broke down in March 2019 when UC, which wanted Elsevier to provide universal open access for its research and to lower the costs of its journal subscriptions, cancelled its contract with the company across its 10 campuses. Shortly thereafter, Elsevier cut off UC researchers’ access to new articles in its journals. The publisher disseminates about 17% of journal articles produced by UC faculty.

Under the deal, the UC system gets a 15% discount off the four-figure article processing charge (APC) that journals usually charge to publish an open access article, according to the memorandum of understanding. There will also be a 10% markdown for publication in The Lancet or Cell Press, but most of these journals will not join the agreement until the third year of it. Overall, UC institutions will be paying about the same in 2021 as they paid in 2018, but they will avoid 7% in annual cost increases.

The average APC cost across Elsevier hybrid journals UC researchers publish in is $3000 per paper, according to Ivy Anderson, associate executive director of the California Digital Library – the UC office that oversees system-wide library contracts.

Under the agreement with UC, approximately 4400 articles in Elsevier journals are expected to be published open access each year. It is anticipated, once The Lancet and Cell titles are added in the third year or sooner, that the figure will rise to about 4700.

Back in June, UC reached a similar deal with Springer Nature that allowed all of its research published in more than 2700 of Springer Nature journals to be open access, and provided UC students, faculty and researchers with access to over 1000 journals which UC did not previously subscribe to.

‘It has been a but collaborative long journey,’ says Elsevier spokesperson Alice Hunt, noting that there has always been a willingness from both sides to reach an agreement but implementing the UC system’s multi-funder model is complicated. ‘It requires a shift in author behaviour and for them to be willing to use some of their grant money to publish.’

Lisa Janicke Hinchliffe with the University of Illinois at Urbana-Champaign’s University Library agrees that author behaviour is an extremely important unknown. ‘This model is the multi-payer model, and it is only successful if there are multiple payers, so it is authors who now hold the collective ability to make or break this contract as far as its success long-term,’ she tells Chemistry World.

Jeff MacKie-Mason, university librarian at UC Berkeley and co-chair of UC’s publisher negotiation team, says the last remaining sticking point of UC’s negotiations with the publisher was expenditure. ‘We were very public about what went wrong in previous negotiations – they resisted providing 100% open access and were asking for a very large increase in what we spent,’ he recalls. ‘But we worked through all the details, and since the summer it has been very constructive.’

Over the life of the new agreement, the average cost per open access article in Elsevier journals will be about $2900, according to MacKie-Mason.

The new deal with Elsevier means that about one-third of UC research articles will now be covered by open access agreements. ‘We got to that point in just the last two years,’ says MacKie-Mason. ‘In the past year, with the Covid-19 pandemic we have seen how incredibly important it is to have complete and rapid dissemination of scientific results.’ He notes that publishers agreed to make Covid-19 articles open access, thereby proving the point that academics have made for years about the benefits of free dissemination of scientific results.

UC hopes this will be a model that other large research-intensive institutions can follow to make open access agreements affordable and sustainable. Yet, it does not appear that other universities or organisations beyond UC are pursuing the multi-payer model, according to Hinchliffe.

In the past two years, libraries have become much more aggressive in negotiations with publishers due to budget pressures brought on by the pandemic, as well as an increased commitment to striking deals that better align with their institution’s missions and values, according to Heather Joseph, executive director of the Scholarly Publishing and Academic Resources Coalition. ‘In the US the trend has been largely towards libraries reducing their spends with commercial publishers or walking away from deals completely,’ Joseph says. ‘This allows them flexibility to direct their savings to support a multiplicity of open access communications models.’

The UC move is more aligned with the trend in Europe to ‘flip’ existing library subscription investments to support APC-based open access publishing,’ she adds. That move that has been encouraged by many public funders in the EU, but not by US government-funded research.

MacKie-Mason says there was ‘a lot of scepticism around the world that this could be done a few years ago, and people were shocked that UC was willing to cancel its deal with Elsevier. ‘We have shown that it can be done – the world can follow us, we were not fools to go down this path,’ he says.