Updating the textbook on intermolecular interactions 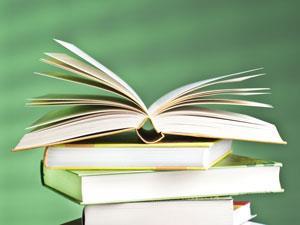 A researcher in Spain has analysed over five million intermolecular distances to propose a consistent set of van der Waals radii for the most naturally occurring elements.1

Santiago Alvarez at the University of Barcelona was about to set his students an assignment analysing intermolecular distances involving lanthanides when he came across a problem. ‘I realised that such an exercise would not work because the Cambridge Structural Database arbitrarily assigned van der Waals radii of 2.0 Å to all elements not included in the short list established by [Arnold] Bondi. It seemed to me that a larger set of consistent van der Waals radii was needed.’

Until now researchers have used values published by Bondi in 1964,2 but these only cover 38 elements. Alvarez performed a careful analysis of the Cambridge Structural Database (CSD) to come up with a new set of values for 93 naturally occurring elements. He says he hopes these values might eventually be incorporated as reference values into the CSD and textbooks.

Lee Brammer an expert in supramolecular chemistry at the University of Sheffield, UK, thinks the work will be of importance to a large number of scientists. ‘You cannot doubt the value and utility of the van der Waals radii to interpreting and understanding intermolecular interactions, in all phases, but particularly in the solid state,’ he adds.

Alvarez agrees and says the values could be applied to the detection of intermolecular contacts that may account for stabilising interactions between molecules in the solid state. ‘The work may also help to define the existence of chemical bonds within crystal structures, in particular for elements which are often depicted as isolated atoms or cations, such thallium, lead, bismuth, lanthanum and neptunium. Furthermore, it could be used to analyse the dubious coordination numbers found in a wide variety of complexes of silver, gold and mercury,’ concludes Alvarez.