The performance of water-based lithium-ion batteries has been greatly boosted by removing oxygen from the power cells, report Chinese researchers. Safer and cheaper than conventional solvent-based batteries, the aqueous cells have great potential for large-scale applications, such as storing the power from wind turbines or solar panels.

Lithium-ion batteries are ubiquitous in consumer electronics - from mobile phones to laptops - but the toxicand flammable organic solvents contained inside can be a safety hazard. Manufacturing is awkwardand expensive, and in cases of overcharging or short-circuiting they can rupture or catch fire. This is of particular concern when scaling up the batteries for larger applications such as car batteries or power generation.

The batteries are made from two electrodes held in a liquid electrolyte - typically an organic solvent such as ethylene carbonate. On charging and discharging, lithium ions move through the electrolyte between the two electrodes. 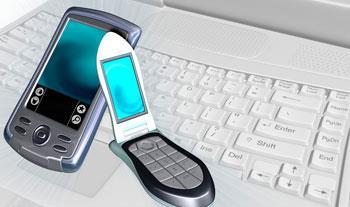 Lithium-ion batteries are used in many consumer products, but their components can be a safety hazard

Switching to a water-based electrolyte would be cheaper and safer - and is feasible using specially-designed electrodes - but water-based batteries have not been as reliable as their organic counterparts. Until now, the best aqueous cells to be developed lose around 50 per cent of their storage capacity after being recharged 100 times.

Now, researchers believe they have pinned down the cause of the poor stability. ’The materials used to make negative electrodes react with water and oxygen when discharged,’ explains Yong-Yao Xia, who led the research at Fudan University, Shanghai, China. ’By completely eliminating oxygen from the system and using carbon-coated electrodes, we were able to greatly improve the stability.’

Xia’s team used carbon-coated electrodes of lithium iron phosphate (LiFePO4) and lithium titanium phosphate (LiTi2(PO4)3) and ensured that the cells were as oxygen-free as possible. With these modifications, the battery performance dramatically improved - showing the ability to retain 90 per cent of capacity after being discharged and recharged over 1000 times.

’This is a big step forward, but there is still a long way to go before these batteries find practical applications,’ Xia told Chemistry World. We now plan to hunt for electrode materials that cannot dissolve in the water - or find a surface modification that reduces this process even more.’

’Due to the energy density of water, aqueous lithium-ion batteries store less power than organic-based batteries, but reducing the price and solving the safety issues are very important,’ says Yi Cui, an expert in battery design at Stanford University in California, US. ’The batteries probably won’t replace the ones that are currently used in mobile phones - but they have big advantages for larger scale energy storage.