What next for BP?

It has been over two months since the explosion on BP's Deepwater Horizon oil rig, but what's in store for the company at the eye of the storm?

It has been over two months since the explosion on BP’s Deepwater Horizon oil rig, which killed 11 people, caused the rig to sink and left the Gulf of Mexico filling with crude oil. There remains great uncertainty about the environmental damage - the relief wells that could halt the flow of oil are still weeks away from completion. But what about the company at the centre of the storm? What does the future hold for BP?

So far, the company has spent over $3 billion (?2 billion) on the response, including $147 million in compensation claims. Under intense pressure from the US government, it has agreed to fill a $20 billion claims fund over the next three and a half years to ’satisfy legitimate claims’. It has also agreed to set up a $100 million fund to compensate unemployed oil rig workers. But no one yet knows how big the final bill will be. Analysts have given estimates as high as $63 billion. Crucially, the $20 billion claims fund does not represent a cap on the company’s liability. Victims of the disaster will be encouraged to make use of the fund, but some may choose to take BP to court instead. Furthermore, the threat of criminal charges still hangs in the air. 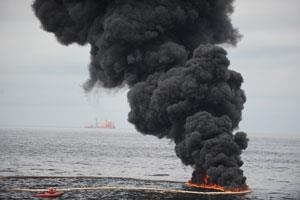 By 25 June, the value of the company had fallen by $105 billion - 55 per cent - since the explosion on 20 April, prompting talk of a takeover. In a JP Morgan Cazenove research note, published on 29 June, analyst Fred Lucas suggested that Exxon Mobil ’could capture significant value for its shareholders’ through a takeover. According to his analysis, the market is overstating BP’s liabilities, which he estimates to be about $33 billion. Shell might also consider a bid, and like Exxon Mobil, its business structure is similar to that of BP. But Exxon Mobil has the stronger balance sheet, and Shell could be hampered by its lack of experience of a large merger, something Exxon Mobil has.

’ExxonMobil has been keen to buy a competitor in recent years,’ says Gregory Lemaire-Smith, associate energy analyst at Datamonitor. The company boasts an ’extremely efficient cost structure’ and on average generates high income for each of the wells it has. But the current economic climate in the US would make it difficult to finance a deal. ’Exxon would have to invest a heavy amount of its own capital to make the acquisition,’ says Lemaire-Smith. ’BP’s market value may be severely deflated, but that doesn’t make it cheap’. According to Lemaire-Smith, Exxon is traditionally a relatively risk-averse company. He says it is unlikely Exxon would accept the unlimited liabilities facing BP. Furthermore, following any deal, the hypothetical buyer would be forced to cut overheads to ensure success. Lemaire-Smith says that most of the 80,000 former-BP staff would be made redundant. The prospect of having to make such an unpopular move would probably hold back prospective buyers.

’A takeover is unlikely until the legal position in the US is sorted,’ says David Aron, managing director of Petroleum Development Consultants in the UK. He adds that the issue of whether BP acted with ’wilful misconduct’ is particularly important. 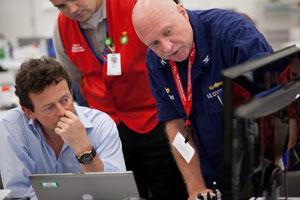 In the meantime, BP will have to generate cash-flow to survive. It has cancelled dividend payments for the first three quarters of 2010, which would save between$7 billion and $8 billion based on what it paid out last year. It is also planning to sell assets worth $10 billion. In a briefing with analysts on 16 June, chief financial officer Byron Grote said that it would sell: ’a range of non-core assets... that are not strategic to the longer-term success of BP. They will be primarily upstream assets’. It could sell some of its oil fields, says Lemaire Smith. But it is unlikely to want to give up the advantages it has in Iraq, the Gulf of Mexico or Nigeria. He adds that the licences for oil fields cannot easily be transferred in merger and acquisition deals. BP could sell its valuable UK upstream assets, for which it would find ready buyers, says Aron. ’Alternatively, it could sell country assets in places such as Trinidad, Vietnam and Oman.’ BP did not respond to requests for further details of its divestiture plans.

One further concern for BP - and any firm toying with the idea of a takeover bid - will be the company’s tainted reputation. This latest incident exacerbates BP’s reputation for putting profits before safety; in the last decade there have been a series of high-profile accidents, most tragically in March 2005 where 15 people died and 180 people were injured following an explosion and fire at BP’s Texas City refinery.  In a recent letter to BP chief executive Tony Hayward, US congressman Henry Waxman, part of the committee investigating the Deepwater Horizon explosion, said: ’Time after time, it appears that BP made decisions that increased the risk of a blowout to save the company time or expense.’ Hurricane season is already disrupting the clean up operation, and whether BP continues to weather the storm independently or another company decides to make a move, there is a long way to go before there are smooth waters and clear skies ahead.