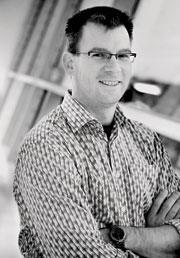 1 million to finance your research?

Jeroen Cornelissen, an organic chemist at Radboud University of Nijmegen in the Netherlands, jumped ’about two meters’ from his desk chair after opening an e-mail to learn that he had received a European Young Investigator Award (EURYI) for 2007.

’It was an amazing feeling,’ he told Chemistry World. ’I was running around the room saying: "Yes! Yes! Yes!"’

The European Science Foundation (ESF) announced on 31 July that Cornelissen, 34, was one of 20 young scientists to receive EURYI 2007 awards, most with cash prizes of

1-1.25 million paid out over five years. The average age of this year’s winners is 33.1, with winners based in eight nations - the Czech Republic, France, Germany, The Netherlands, Poland, Sweden, Switzerland and Turkey.

Two of the winners are pure chemists, one being Cornelissen, who will use his award for research using virus capsids as confined reaction spaces, effectively using the protein mantle of a virus as a test tube. The other winning chemist is Karl Gademann, 35, of the Institute of Chemistry and Chemical Engineering (ISIC) at the Federal Polytechnic School of Lausanne (EPFL) in Switzerland.

Cornelissen said that the award will allow him to increase his research team to six from the current four. Another benefit of the award is increased international recognition, he added, which would mean more invitations to conferences and access to other research funding sources: ’it will grease the wheels a bit.’

Nanotechnology and bioscience are also well represented in the list of award-winners. The physical interactions between single biomolecules, such as DNA, RNA and proteins, are investigated by winners Nynke Hester Dekker, 36, of Delft University of Technology in the Netherlands, and Terence Strick, 34, of the Jacques Monod Institute in Paris. And Hilmi Volkan Demir, 30, of Bilkent University in Ankara, Turkey, works on molecular-scale optoelectronic nanodevices.

Neil Williams, associate director of ESF and coordinator of EURYI, said that these scientists will be the fourth and last group to benefit from the annual awards. The EURYI scheme is actually funded by national research foundations, who have decided to end the programme this year because of a similar new programme being organized by the European Research Council (called the Starting Independent Research Grant).

EURYI was certainly successful, said Williams, but added that its European-wide scope was limited by the patchwork participation of national funding foundations. For example, he said the UK participated during the first two years of EURYI, but dropped out for the last two years. This meant that UK-based researchers were not eligible for those awards.

’The ERC will target the same group as EURYI, but they can fund throughout Europe,’ Williams said, adding that the annual list of potential winners under the new ERC program will expand to nearly 200.