35 years ago: A prize for Poliakoff

The 1976 Meldola medal and prize is awarded 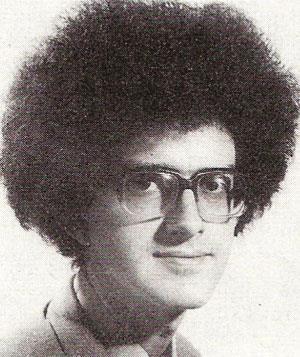 The 1976 Meldola medal and prize has been awarded (jointly with Jeremy Burdett) to Martyn Poliakoff for his work in physical organic chemistry, with particular reference to the study of matrix isolation and photochemical studies.

Poliakoff obtained his BA at King’s College, Cambridge, in 1969 and stayed on in Cambridge, working with J J Turner on matrix isolation of large molecules, particularly the iron carbonyls, obtaining his PhD in 1973.

When Turner moved to a chair in Newcastle upon Tyne, Poliakoff moved with him to continue his work on transition metal carbonyls. At Newcastle, Poliakoff started a close collaboration with Jeremy Burdett. His current research involves infrared laser-induced reactions, and organic and organometallic photochemistry.

Ed. In 1979, Poliakoff moved from Newcastle to the University of Nottingham where he is currently a research professor. Poliakoff’s recent research has focused on supercritical fluids, continuous reactions and their applications to green chemistry.

However, Poliakoff is also now known to many as the narrator of a series of short videos intended to familiarise the public with all the elements in the Periodic Table, as well as  films about other areas of chemistry, such as fun experiments. The Periodic Videos team has recently also branched out into molecular videos. All the videos feature Poliakoff as well as a team of working chemists at the University of Nottingham. You can watch them for yourself at www.periodicvideos.com.