Are all chemistry PhDs the same? 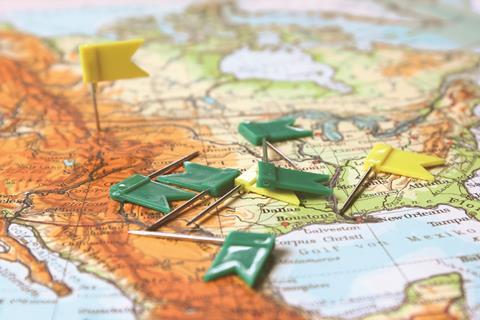 Universities are not equal. In the classic sitcom Blackadder, the eponymous hero exposes a foreign spy by noticing her failure to spot only two of Oxford, Cambridge and Hull are great universities (‘That’s right,’ quips Stephen Fry’s General Melchett: ‘Oxford’s a complete dump!’). That said, a chemistry degree or PhD is more or less the same wherever you go, isn’t it?

While it’s true that measures such as national accreditation have delivered consistency, your choice of institution can still greatly affect your career prospects. There have been enough CV stings – false candidates with equivalent degrees going for the same job – to suggest that the institution on your degree holds additional weight when it comes to employment. A recent discussion on Reddit suggests that this isn’t just about institutional reputation, but also the different experiences that shape chemists at the start of their careers.

Reddit user Siriuscili had a question: was it better to do a PhD in the US or Europe? This prompted a deluge of responses, with the chemists on both sides of the pond agreeing that there are some big differences in the PhD experience. All agreed that a PhD in the US was longer (by at least a few years) but the more contentious points came in discussing whether those differences amounted to better prospects. Some commenters suggested that it’s easier to become a US academic with a US PhD, others countered that this had more to do with elitism and academic snobbery. You don’t have to look far to see the same conversations being repeated in discussion forums across the internet. One user, the curiously named tigertealc, even dared to say ‘Doctoral programs in the EU are less intense than the US’. Easy, tiger.

If that sounds familiar, then maybe we should ask whether such disparity should continue and, if PhDs should be harmonised, what model should be adopted? Sadly, it’s a question easier asked than answered; the Bologna Process has been attempting to standardise higher education across Europe since 1999, showing just how tricky it can be to standardise education across borders.

Yet in all the threads the most pragmatic advice is: yes, experiences might differ between countries and institutions, but what really matters for your prospects is your track record, and the science you’ve done. If that’s true, would you be willing to strip your university from your CV?