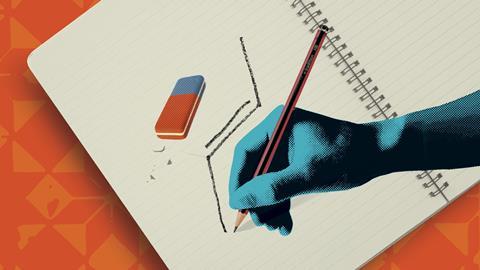 Working in academia poses unique problems for the transgender community

Sometimes it feels like it happened in a different life. Just over two years ago I sent a series of emails to friends and colleagues in which I explained who I am, and that I would change my gender. I joked that this would be my personal contribution to improving the gender balance in the chemical sciences, but in truth I was deeply scared. With this step, I put my career in jeopardy – at least it felt that way. But I had to do it. I hadn’t chosen to be trans, and after years of denial and then hiding I had reached a point of no return. I am immensely grateful for the positive feedback I got upon my coming out – the vast majority of it was welcoming and negative comments have been scarce.

As positive as this experience was, it also taught me that I had to become an advocate. Knowledge of trans issues is typically low, and the social hurdles to discussing these topics are high. Conversations are often difficult due to a lack of appropriate language or wrong and incomplete information. Trans people face well-meant but nonetheless hurtful comments, and false assumptions are routinely made. These things are a constant source of distress, particularly as we are a demographic group that faces very high rates of depression and suicide, institutionalised violence and jurisdictional discrimination in many countries, and a general lack of healthcare access. Support is essential, especially in the time around coming out and transitioning, and having a stable and professional environment can make a significant difference in the wellbeing of a trans person.

The T in the LGBTIQ+ initialism isn’t very well defined. Generally, the term transgender includes all individuals that differ in some aspect from the gender they were assigned to at birth, but to a layman, ‘trans’ often refers to individuals that change their physical sex attributes. Yet the extent to which a trans person seeks medical and surgical intervention varies broadly, and no two individuals are the same.

Assessing how many people are trans isn’t easy, though statistics show numbers are increasing with every passing year (as is the case for other parts of the LGBTIQ+ community). That’s a good sign: reported numbers increase as society becomes more accepting and hence coming out becomes safer. Today, up to 1 in every 500 individuals is estimated to seek medical intervention to change physical sex to some degree. The number of people who identify as non-binary or genderfluid is also skyrocketing, and may make up a few percent of the population. Thus, the likelihood that you have a colleague or a student who identifies somewhere on the spectrum is pretty high.

However, it’s also quite likely that you’re not aware someone you know is a trans person – trans people often try to blend in because the social stigma that comes with being trans is still too large. Depending on the person’s biology, privilege (in the sense of access to medical care) and personal circumstances, many become invisible, and choose so to be. And not everyone can disconnect themselves from their past. This is especially true in academic circles, where the scientific record holds a detail of your past in perpetuity; author names on publications stick to you like superglue.

No matter how open you are about yourself, sharing a paper that bears your old name (often referred to as a ‘deadname’) with a collaborator or student is very stressful. Each time is another small coming out. A recent report revealed that more than 50% of trans people in academia have considered leaving their profession for this reason, with 20% considering leaving very often.

No matter how open you are about yourself, sharing a paper that bears your old name (often referred to as ‘deadname’) with a collaborator or student is very stressful. Each time is another small coming out. A recent report revealed that more than 50% of trans people in academia have considered leaving their profession for this reason, with 20% considering leaving very often.1

The report also suggests that 32% of trans scientists in the physical sciences have experienced exclusionary, intimidating, offensive or harassing behaviour in the past 12 months. Clearly these are unacceptable numbers, and the way to move forward is to understand that many of these instances arise from ignorance rather than malice.

So to help your trans colleagues, inform yourself: learn about what trans people go through. Good intentions alone won’t suffice. The language used can still be hurtful. The social experience is still isolating. Trans people often feel like they can’t talk about their experiences, which adds a significant burden onto them. Imagine being hospitalised for major surgeries, but not being able to talk about it to your peers. Think about the burden of remaining scientifically productive while in a life phase of high distress and uncertainty. Consider taking life-changing decisions where the majority of people around you try to behave as if nothing has happened.

Most publicly out trans people don’t mind talking about their experiences, if you approach them with respect. All you need to do is to ask, and listen. Be open to learning new things, commit to revisiting what you thought was true and force yourself to have uncomfortable conversations once in a while. It’s a small step, yet it has wonderful consequences.