Of all the paradigms of science, the idea of equilibrium is one of the most fundamental 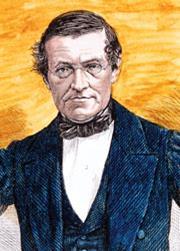 Of all the paradigms of science, the idea of equilibrium is one of the most fundamental - spanning chemistry and thermodynamics, ecology, to engineering, palaeontology to astrophysics. Yet the simple word has many meanings. There is the deathly stillness of true thermodynamic stability, the finality of which no talk of fluctuations can assuage. But on the other hand, there is the dynamic equilibrium so beloved of Alexander Calder, one of the great exponents of kinetic sculpture. As a child I remember standing in the Museum of Modern Art in New York, US, staring up at one of his unmistakable steel creations, blowing furiously, aching for it to move. The red mobile - an array of flat vanes connected by elegantly curved and looped rods - floated, apparently weightless, above me, and stubbornly refused to budge.

An analogous kind of stillness allows us to measure electrical resistance with exquisite precision. Charles Wheatstone was born near Gloucester in the west of England in 1802. His father, a musician who dealt in instruments and sheet music, moved to London to make his fortune when Wheatstone was a child. A small and rather reclusive boy, he seems to have loved reading and hated school. He ran away from one and was only found a few days later somewhere near Windsor. As a result he was apprenticed to his uncle, a musical instrument maker. It was not a success and his father had to take him back.

But Wheatstone’s insatiable hunger for books made him a regular visitor to a small bookshop in Pall Mall, where one day he discovered a copy of Alessandro Volta’s book on electricity. He saved up not only for the book, but also for a French-English dictionary, and soon began to repeat Volta’s experiments with the help of his elder brother, William. Unable to afford to buy the copper discs needed to make a pile, Charles improvised by using their remaining pennies themselves. 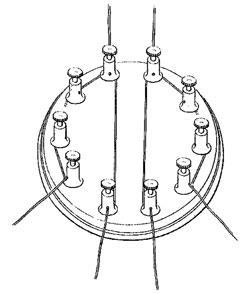 In spite of his lack of interest in business, with his brother he ended up taking over his uncle’s firm. The shop provided many opportunities for Wheatstone to explore the transmission of sound - he recognised how sound travelled through solids more rapidly, and with less attenuation than through air. He suggested a ’telephone’ connecting London and Edinburgh using solid metal rods. He invented a series of instruments including a kaleidophone (that made vibrational modes visible), the acouryptophone, a concertina accordian and the harmonium, which won a prize at the Great Exhibition of 1851. Wheatstone’s contributions to acoustics led to his appointment as chair of experimental physics at King’s College London. His lectures were a disaster, and were soon taken over by others; he was only truly at home in the laboratory. 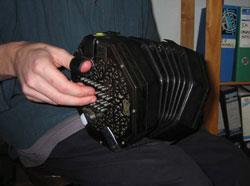 But after giving a lecture in 1835 about a new German system of communication called the telegraph, Wheatstone was contacted by ex-army officer William Fothergill Cooke. Having seen a demonstration of the telegraph in Germany, Cooke urged Wheatstone to join him in designing a British equivalent. Sceptical, Wheatstone attempted to measure the speed of electricity by stringing 4 miles of wire in the basement of King’s and timing the appearance of sparks across carefully spaced gaps in a wire. Convinced by the enormous speed (though grossly in error), Wheatstone set to work with Cooke to develop the method, testing their system along the railway line out of Euston station. Although a row led to the break up of their partnership, Wheatstone was instrumental in the laying of the first submarine cables under the Atlantic, the start of the Victorian internet.

Alongside this, Wheatstone made extensive investigations of electrical conductors and Ohm’s law. In his Bakerian lecture of 1843, still eminently readable today, he presented both a resistance standard using a long coil of copper wire, and invented the rheostat. He also described a subtle way of measuring resistance by splitting a current into an array of four paired resistors, arranged in a rhomboid configuration. Delicately adjusting one resistor, the current would cease to flow across a conductor running between the pairs, revealing the balance point. The ’bridge’, which had been described in an almost impenetrably confused paper by Hunter Christie 10 years earlier, was so simple to set up and understand, so easy to miniaturise, and so easy to adapt, that today variants can be found everywhere from vacuum and strain gauges to thermometers. Amid all the hustle and bustle of the modern laboratory, the bridge is a constant reminder of the deceptive stillness of a dynamic equilibrium.