Total synthesis is not immune to the vagaries of fickle fashion, says Dylan Stiles

Total synthesis is not immune to the vagaries of fickle fashion, says Dylan Stiles

The total synthesis of natural products is the premier arena to showcase methods in synthetic organic chemistry, and the state of the art has advanced to the point where, given enough time and resources, a naturally occurring molecule of virtually any size and complexity can probably be assembled from scratch. 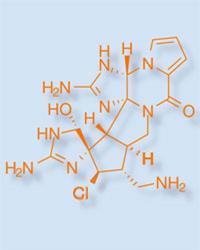 But which molecule should the organic chemist choose as their target? Fashion seems to play a big part in these decisions, with certain classes of molecules falling in and out of favour and hundreds of researchers working to synthesise whatever compounds are in vogue that year.

I think steroids were the first major class of compounds to become popular targets of strategic synthesis. By the end of World War II, their structure and biological importance was becoming abundantly clear, and the 1950s saw estrone, cortisone, and testosterone successively falling to synthesis in what became a golden age for steroid chemistry.

As the steroid synthesis craze slowed down,  b -lactam antibiotics became attractive because of their unusual structure and extremely useful biological activity. The greatest chemists of the day toiled to assemble penicillin V, cephalosporin C, and the like.

But by the 1970s, the eyes of the collective chemical community turned to the prostaglandin class of natural products. E J Corey got the ball rolling in 1969 with his syntheses of postaglandins F2a and E2. Other contributors like Gilbert Stork made their marks in the field, before the prostaglandin era silently came to a close.

Entering the 1980s, a family of compounds known as the enediyne antibiotics emerged onto the scene, including dynemicin A and calicheamicin, which was isolated from a rock picked up off the side of the road in Texas.

The wax and wane of any natural product’s star may be due to a number of factors. When a compound with an intriguing structure and biological activity is discovered, a flurry of research groups are off to the races, scrambling to claim the first published synthesis and plant their flag at the top of the molecular mountain. Others follow with different approaches that claim higher yields, fewer steps, greater enantioselectivity, until most synthetic avenues are exhausted and interest fades.

While some natural products only have 15 minutes of fame, others have a popularity that withstands the test of time. Certain molecules have a long and romantic history that has made them attractive to chemists throughout the ages. Alkaloids such as quinine and morphine come to mind. Both were first synthesised about 50 years ago, and continue to be popular targets to this day.

One small molecule deserves special mention. Kainic acid is a baby-sized 10 carbon amino acid that is often used as a means to quickly demonstrate the applicability of some new reaction, and it’s been synthesised at least 30 times.

So what’s the hottest natural product in total synthesis right now? It’s obviously debatable, but the prospect of an avian flu pandemic recently made oseltamivir (the active ingredient in Tamiflu) a contender. The commercial synthesis relies on shikimic acid (found in Chinese star anise) which is an expensive compound available in limited supply. Last year, two syntheses, led by E J Corey1 and Masakatsu Shibasaki2 respectively, dispensed with the need for the complicated starting material, and Tohru Fukuyama3 followed up this summer with a third route.

But right now, I’d say the natural product palau’amine (below) is the hottest item on the market. Palau’amine has an array of stereocentres and functional groups that make it a Gordian knot of molecular complexity. To make matters worse, the structure that was originally assigned has recently been revised, throwing a wrench into the spokes of chemists racing to make it. But chemists are a resilient lot, and it’s just a matter of time before palau’amine too falls prey to total synthesis.