Derek Lowe advises opening your mind during the screening cascade taken by potential drug targets, and remaining goal orientated at all times

Derek Lowe advises opening your mind during the screening cascade taken by potential drug targets, and remaining goal orientated at all times 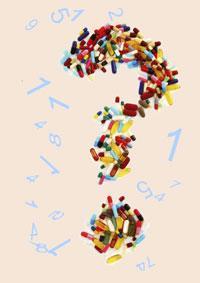 Every drug discovery project has what’s known as a screening cascade. That’s the list of assays that any new compound has to go through, arranged in a progressively more stringent list. The usual order of things starts with an assay on the protein target itself. Only the compounds that meet some sort of potency cut off proceed to the next step, which is usually an assay on living cells. Plenty of compounds that can inhibit an enzyme can’t get through cellular membranes, so that narrows the list even more.

Depending on the project, somewhere around this stage there can be secondary assays against related targets that you know you don’t want to show activity against, or tests against known metabolising enzymes or transporter proteins. The next big hurdle is pharmacokinetics, dosing a real animal and getting real blood levels. If a compound passes that, it usually moves on to an animal-based disease model.

So far, all of this makes sense. But it’s not that most screening cascades are senseless. It’s perfectly reasonable to funnel everything down to only a handful of compounds that meet the criteria of potency, selectivity against related targets, blood levels, toxicity, and so on. The problem is when the cascade becomes an end in itself, and that’s a constant danger. And this mistake can be made at every single stage of the process.

What’s in a number?

An early problem comes from the need to set specific cut off numbers for many of the assays. These numbers are necessary, but they’re also arbitrary. There’s no way that they can be anything else. Generally, you can only have a rough idea of what sort of values you might need for a real drug. But as time passes, these criteria can become invested with more meaning than they deserve. Is there really a difference between a compound with an inhibition constant of 50 nanomolar and one at 75? Or 25? Given the error bars of most assays, probably not. But it’s a real temptation to rank the compounds as if their assay numbers were good to two (or even three) significant figures.

And even if the data are tight, will there be a real clinical difference between a two nanomolar compound and a twenty nanomolar one? It all depends on the tone of the system that you’re targeting. It could be that the two nanomolar compound is at the outer edge of real activity, which would make the twenty nanomolar one all but useless. Or it could be that the two are totally equivalent in efficacy, and need to be separated based on toxicity or ease of synthesis. There’s often no way of knowing these things, especially not early in the game.

So treating the early project criteria as if they were written in gold can send some compounds to the scrap heap before their time, and before they might distinguish themselves in the later stages. It’s true that there isn’t the time or money to advance everything. But I’d say to give the borderline analogues the benefit of the doubt until you have more solid reasons to reject them. Move forward as many compounds as you can without overloading the system, is my advice.

It’s all in the mind

If you can do that, you stand a better chance of avoiding another classic mistake: over-optimising the assay numbers at the expense of moving compounds on. This can be a psychological problem as much as anything else. If you’ve convinced yourself that a compound has to be fifty-fold selective, then you won’t have to worry about scaling up that forty-fold analogue, will you? (Remember, the error-bar problem is particularly acute when you’re working with ratios). And if you’re constantly making ever more potent compounds you can convince yourself, and others, that the team is making progress. And you may be, but unless compounds are moving forward into animals there’s no real way of knowing.

But this mistake can even occur at the in vivo assay level. Never forget that disease models are only that: models. Some of them are better than others, but they all have their limitations. In every case, good activity is (probably) necessary but definitely not sufficient. Anyone who’s worked in oncology can show off whole lists of compounds that had dramatic effects in rodent tumour models, but failed in the clinic against the real thing. Don’t try to optimise your compound against a model that might not be well optimised itself.