We medicinal chemists know an ugly compound when we see one. We’ve got clear ideas of what sorts of chemical structures should be in drug molecules, and we can spot them pretty quickly. ’Winner’, we say, moving a finger down the list. ’Loser, loser, winner.’ We separate the sheep from the goats, although we might as well be separating the geckos from the iguanas for all the good it does, because we don’t know what we’re talking about.

Hold it, where did all that self-confidence go? Well, my confidence in my own ability to pick out an ugly structure has taken some real blows over the years, and the same goes for my confidence in anyone else’s abilities too. Now, there are limits, I don’t think I’m going to be recommending any acid chlorides or organolithiums as therapeutic agents - anything that spits and gets hot when it touches water has a poor future in the drug development pipeline.

But beyond that, things get surprisingly hard to evaluate. Arsenic trioxide is a serious drug candidate, to pick one eyebrow-raising example. Moving down the scale, you’d think that you could at least rule out compounds that react to make covalent bonds with proteins. But while it’s true that these aren’t our first choices, it’s hard to ignore some drugs that work through just that mechanism - aspirin, for example, has been fairly successful over the years. While I don’t go out of my way to put Michael acceptors or potential leaving groups in my drug candidates, I can’t forget that such things are out there doing well in the marketplace. 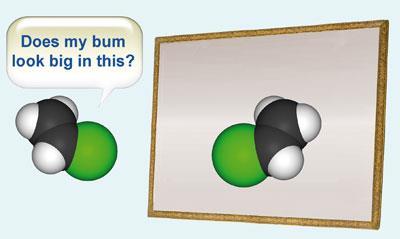 Beyond the obviously reactive compounds, though, there are a lot of structures that just look odd - and it’s tempting to rule these out at first sight. But a look through the structures of marketed drugs can enlarge one’s sense of what is possible. There are plenty of compounds out there that might make you furrow your brow if you didn’t know they’d been on the market for years.

At this point, I have to make the obligatory case for the other side. Ars longa, vita brevis and all that: there’s only so much time and money that can be given to any development programme, and surely it’s safer to work on compounds that look reasonable and have reasonable properties? Well, I think the point about properties is a sound one, but there are many odd-looking compounds that behave perfectly well. You can stay within reason there and still find a lot of unusual structures. Working on such things exclusively is probably a mistake, as is ruling them out altogether.

Beauty is in the eye of the beholder

And as it happens, we don’t have a very good track record at ruling things out. This was put to the test a few years ago at Pharmacia/Upjohn. According to a paper in the Journal of Medicinal Chemistry, the company was considering adding some 22,000 compounds to its screening files. These were broken down into ’managable’ lists of 2000 compounds each, and reviewed by a team of medicinal chemists. Several of the lists were inspected by more than one chemist - and that’s where the fun began.

Looking over the rejects, it turned out that any two chemists only rejected the same compound about 23 per cent of the time. Worse yet, each list had been secretly enhanced with the same 250 structures which had been rejected in a prior exercise. These were only rejected 28 per cent of the time from chemist to chemist. But wait, since these 250 compounds appeared on every list, those people who evaluated more than one list saw these same compounds twice. Most embarrassingly, the rejection rate of these, for a chemist looking at these for the second time, was only 50 per cent.

So our chemical intuition isn’t quite the precision instrument that we might think it is. Admittedly, the drudgery of going over two thousand compounds might well have shut down some neuronal pathways in the volunteers for this exercise, but that isn’t really a long list by industrial standards. We apparently do know ugly compounds when we see them, though. It’s just that we all have different ideas of which compounds those are!