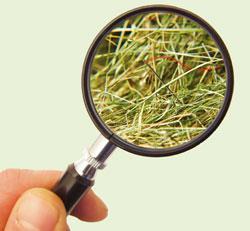 Readers who were working in the drug industry during the 1990s will remember the mighty wave of combinatorial chemistry (’combi-chem’) that swept over the field. There were several levels to the business. On the bench, chemists explored ways to turn out (and work up) more analogues in a series simultaneously. These included filtration work-ups over resins, automated liquid handling and solid-supported reagents and substrates.

I wouldn’t call making a series of focused analogues true combi-chem, but the same techniques, applied on a larger (and often more random) scale, certainly were. And beyond that, you had ’split-and-mix’ techniques, sometimes with rather specialised equipment, that could turn out alarming numbers of compounds. These were compound libraries of a size that no one had ever seen. And that last part, I think, was the factor that made some people lose small but crucial parts of their minds.

It’s instructive to go back and read some of the giddier projections from that era. I had someone seriously try to persuade me that medicinal chemistry, as it was currently being done, was going to disappear. All of it, he said, was going to turn into combi-chem. It just made sense - how could you argue with the numbers? That question could have been embossed on the covers of the business plans of the new companies that sprang up around the technology. They offered gigantic libraries for screening, and they also peddled a powerful sense that if you weren’t getting in on all this, well, you (and your whole company) were seriously missing out on something important.

It was an easy feeling to sell. You could sit around and screen your old, tired, boring collection of compounds - or you could buy into whole new worlds of chemistry that you’d never explored, hundreds of thousands (millions!) of compounds waiting to turn into leads. Just write the cheque, and you could run through these untrammelled fields until you dropped.

You will have noticed, however, that medicinal chemistry is very much with us - some days too much with us, to steal a phrase from Wordsworth. Most of the wonderful large-scale combi-chem machines, which used to rotate and hum so fetchingly, have long since moved to quiet basements. Their manuals are lost, and the people that knew how to run them have moved on. And the companies founded around them - well, de mortuis nil nisi bonum. What happened?

The biggest problem was the returns from screening all those gigantic libraries. As time went on, it became clear that very, very little was coming out of them. All that initial enthusiasm leaked away as screening campaign after screening campaign came up empty. The raw hit rates were low, significantly lower than what one got from screening the in-house collections made by the medicinal chemists over the years. And the confirmation rate of what hits did show up wasn’t good because these compounds weren’t always as clean as they were supposed to be. The tendency of the compounds to be delivered as mixtures in each well didn’t help much either, although it was initially sold as a feature.

And when a compound did appear, it turned out, as often as not, to be something that no one felt very much like working on. Once the field moved past the initial ’make every amide of every piperazine’ flush, the multi-component condensations that later powered many combi-chem libraries tended to give large, ugly structures. The making of those impressively huge libraries turned out to have involved a deal with the molecular-properties devil.

In the last few years though, the idea has been making a quiet comeback. The new factor is the use of molecular biology techniques to keep track of all the compounds in even larger mixtures than before coupled with more sensitive screening techniques to tease the active compounds out. DNA ’barcodes’ attached to library members allow for the use of polymerase chain reactions and modern sequencing techniques, tracking down ridiculously small amounts of material. A closer eye is being kept on the molecular weights and polarities of the individual structures as well.

These methods mean that the scale is different too. I’ve seen presentations where people have apparently made compound libraries that have more members than the total number of compounds in the Chemical Abstracts Service. Looking over the numbers, I can feel stirrings of that old combi-chem feeling - huge vistas of chemical space, never seen before, waiting to be. . .and there goes the music in the background again. Maybe the neo-combi-chem slogan should be: ’this time it’ll work!’ Perhaps it will. It’s certainly worth finding out.