Drug discovery requires experimentation, says Derek Lowe. But chemists can be reluctant to stray from the elements they know and love

Drug discovery requires experimentation, says Derek Lowe. But chemists can be reluctant to stray from the elements they know and love 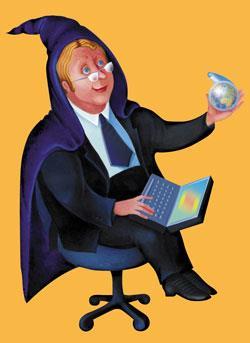 We medicinal chemists sometimes like to think of ourselves as fearless risk takers. And there’s something to that - after all, we make compounds that no one has ever made before, in the hope that people will be willing to pay money to put them in their mouths and swallow them. Risk abounds at every step of that process. But in some ways, we’re rather cautious and bound by convention. Nowhere is that more apparent than when you look at how many different chemical elements are used in drug design.

You can nearly count them on your fingers. The classic organic chemistry list gets almost all the business: carbon, hydrogen, oxygen, nitrogen and sulfur. Phosphorus is the laggard of this group: it’s a lot more important in vivo than it is in the drug labs, although you’ll certainly find it in some big osteoporosis drugs. The halogens are well represented, since fluorine is the medicinal chemist’s friend (see Chemistry World, January 2011, page 21), and chlorine’s pretty useful, too. Past that, though, bromine tends to be an act of desperation (since it’s such a large lump of an atom), and I’ve never seen an iodine seriously proposed outside of thyroid medications.

I suppose we’ll have to include the alkali metals and some of the nearby alkaline earths, although (with the exception of lithium), they’re mostly used as counterions for salts, and as such are rather standing on the sidelines. They’re limited, even at that - have you ever seen rubidium or scandium in a drug formulation? Looking over the rest of the periodic table, things now drop off very, very steeply. (I’m going to leave out imaging and contrast agents, as well as radioactives, since their presence is due more to the properties of their physics than their chemistry.) There’s cisplatin for the entire set of metals, and that is just about that, unless you’re counting bismuth salicylate for upset stomachs. (Topical mercury-based disinfectants are just about gone from the world.)

It’s important to remember that many of these elements are ignored for perfectly valid reasons, with rampaging, unstoppable toxicity leading the list. It’s hard to imagine a derivative of lead or thallium ever making the grade, even in the famously permissive world of oncology (where, I should note, inorganic arsenic compounds have done well in the clinic). There’s also rampaging, unstoppable reactivity to contend with, as in many carbon-aluminium bonds, among others. You also can’t ignore the problem of rampaging, unstoppable insolubility, although we can normally manage to achieve that with only the usual elements to work with.

There’s still a small group of them that aren’t accounted for, though, and they’re mostly in the upper right-hand side of the periodic table. For example, I believe that there’s only one marketed drug with a boron atom in it: Velcade (bortezomib). There are none at all with silicon, although there are a couple of agricultural chemicals that have made it and a UK company called Amedis made a go of it for a few years trying to explore this space. These two, along with several varieties of organophosphorus compounds, represent a discomfiting tribe that few medicinal chemists feel an affinity for, but which still can’t be dismissed out of hand, the crack about ’boron’s for morons’ notwithstanding. (How many people who’ve made that joke, I wonder, have put anything on the market that’s sold as well as Velcade?)

Have you thought of silicon?

Silicon is the most constant temptation among these. It’s just sitting there next to carbon, with the same valence and similar geometry. But perhaps one of the reasons it’s never quite made it to the pharmacy shelves is that it’s not really a replacement: it’s something new. I’ve seen some very interesting work published on analogues of known drugs where a single carbon has been swapped out for silicon, and in every case there have been surprises. My guess is that silicon compounds really do have something to offer, but that it’s going to be a tricky business to find their place. It may be that no one’s had the right combination of necessity and bravery just yet. Given the state of drug discovery, though, you’d have to think that someone will.