Enzymes have been giving chemists inferiority complexes since day one, says Derek Lowe. But there's no denying their potential

Enzymes have been giving chemists inferiority complexes since day one, says Derek Lowe. But there’s no denying their potential

Synthetic organic chemists don’t, as a group, suffer from a lack of self-confidence. Over the decades, we’ve successfully taken on larger and larger challenges: more complex molecules, more selective transformations, and always while pushing for higher yields and easier procedures. Very little of this has been accomplished by people paralysed with doubt and envy - and yet there’s always been a good reason for us to feel both of those emotions: enzymes. 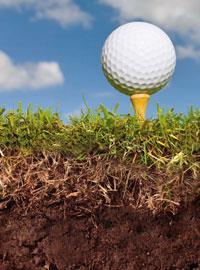 This feeling first caught up with me in graduate school, when late one evening I was trying to troubleshoot the backup workaround to fix the alternate route to the second-most-important intermediate - well, those of you who’ve done total synthesis of natural products will recognise the situation. At any rate, there I was, setting up another reaction at midnight, when it occurred to me: the antibiotic molecule that I was devoting so much of my time and energy to making was being produced at that very moment by bacteria in the soil of a Texas golf course. (That’s where the original strain was discovered.) Out there near the 17th hole, they were nonchalantly synthesising my molecule from small carbon fragments, at room temperature, in water, and in their spare time. It made me stop and think about my place in the universe.

No matter how good our synthetic tools have become, we organic chemists are still troubled a bit by the knowledge that the perfect tools could exist, and that we don’t have them. Enzymes are about as close to that as anyone could want - a set of gentle chemical hands to grasp each individual molecule, twist it into the right conformation, tickle its bonds, stretch its parts, and send it transformed on its way, hundreds of times per second. Not only that, but they accomplish reactions that we can still only dream about - try, for example, to epoxidise benzene cleanly, and let me know how far you get.

For many years, then, organic chemists have decided that since we certainly don’t seem to be able to beat the enzymes at their game, we’d better figure out how to join them at it. But while this effort has met with some success, it hasn’t transformed the field, either. Newer technologies, though, might just do that. A glimpse of what could be the future can be found in a recent paper from groups at Merck & Co and Codexis. The latter company has made a speciality of engineering enzymes for specific tasks, and in this case the challenge was to rework a key step in the synthesis of sitagliptin, a drug for the treatment of diabetes.

Reworking a known enzyme’s structure to put it to a new use has been tried many times, of course, but it’s a hard way to make a living. There are just so many possible variations for the structure of each enzyme, with many of them acting unpredictably in concert. But molecular biology and automation have made it possible to ring a tremendous number of changes in a shorter time, while increased computational power can quickly evaluate the results and suggest what the next round of changes should include. In this case, a transaminase enzyme, which converts a ketone to a chiral amine - a very useful reaction indeed - was developed that was at least 27,000 times more active than the starting point.

Now, that took nearly 37,000 enzyme variations to accomplish, which is a task that some years ago would have made everyone re-evaluate their career choices. These days, however, it can be a matter of a few months - and, if the technology goes the way that technology usually does, even that will eventually come to seem strangely slow and drawn-out. We’re going to learn a lot about enzyme design by being able to try out so many different things, and those lessons can only speed the whole process up as the field evolves.

It won’t happen overnight, so don’t throw out your organic synthesis books just yet. But don’t bet against it happening, either. No one’s telling us these things can’t be done.