A passion for science will be more important than a PhD for members of the UK's new parliament, argues Diana Garnham

A passion for science will be more important than a PhD for members of the UK’s new parliament, argues Diana Garnham 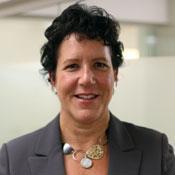 As the dust settles after the general election, organisations in the science community can begin to plan and shape how they will respond to the challenges of a new coalition government and the new 3Cs style of government - cooperation, collaboration and compromise.

Neither the Liberal Democrat nor the Conservative manifestos were particularly detailed on science funding commitments nor on specific science policies, but even at the headline level there are differences in thinking on science investment and science education. It is clear that there is agreement on the principal public policy issue the country faces: public expenditure will have to be cut. As with all other sectors this is where the science community is going to face the biggest challenge, to see if it too can find the 3Cs to ensure that science and innovation will be in a position to address today’s challenges.

In the key government department of business, innovation and skills we face a coalition mix of ministerial appointments. I can’t predict how long the honeymoon period will last but I do know that compromise is tough. In response to this, the science community - as with all other interest groups - will need to adjust the way it works and move towards a discussion, advice and support style of engagement aimed at enabling ministers in the same government, with different perspectives, to develop and nurture coherent compromise policies for science. We can no longer think in terms of win/lose and pitch one party’s policies against the other because this risks excluding us from the discussion.

Within the science community we will need to establish mechanisms for developing our own coalition and the 3Cs and to support this. We need a new ’d?tente’ that fosters collaboration in our own broadly based community that will lead to agreement on the fundamental ’bottom lines’ of negotiation and compromise.

For example, behind closed doors we need to agree whether science, like other areas of public expenditure, will have to accept some of the pain of reduction and at what level of pain we will cry foul. Or can we come together and make a sustainable case that science is special and should not face cuts at all? It will certainly be unhelpful if individual interest groups within science - sectors within higher education, subject disciplines, regions, professions, industry sectors - continue to run individual campaigns that are, in effect, making a case for cutting budgets for sibling sectors and seeking to pitch minister against minister. 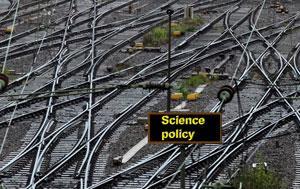 There is also a great opportunity for the science community to build new relationships with a very different parliament that has 226 new MPs.

I have been stunned by the negativity I have already heard about how few ’scientists’ there are in parliament - apparently only three with PhDs. I really believe that doesn’t matter. Many of our old pro-science friends have moved on but not all of them were scientists - Phil Willis, former chair of the House of Commons Science and Technology Select Committee, had no formal scientific background but is a fabulous role model for other MPs to get engaged in science.

The challenge for the science community is to win these new MPs over: to do that we need to tell the story of science in a collaborative way so that every MP knows why science and its applications are important to them and to their constituents. Our starting point cannot be off-putting elitism that judges new MPs by whether or not they are a ’proper’ scientist with a PhD - they all have the potential to be passionate about science and that’s what we should be aiming to achieve.

Diana Garnham is chief executive of the Science Council, an organisation of scientific learned societies and professional institutions in the UK that furthers science and its applications.