Chemists should speak out against the pseudoscience of marketing, says Neil Young

Chemists should speak out against the pseudoscience of marketing, says Neil Young

It isn’t hard to find ideas about chemistry and chemists which are far from the truth. In the aisles of your local supermarket, walking down the high street or sat in front of the TV, we are constantly being told about products which are better by virtue of being ’chemical free’. We are led to believe that chemicals in our food are to be avoided, even while high-tech science will make us healthier and more youthful.

As chemists, it is easy to see through these claims and dismiss them as just another example of the advertising industry trying to encourage us to part with our cash. The problems is, this constant bombardment of misinformation, inaccuracy, pseudoscience and hyperbole can only result in the general public being left confused about the positive role chemistry and chemists play in everyday life. 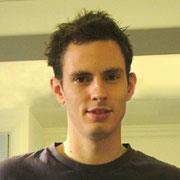 I grew so annoyed with this that, along with a few other PhDs and post docs, I decided to do something about it. Working with Sense About Science, a charitable trust that promotes good science and evidence in public debate, we contacted manufacturers, retailers and others

in pursuit of the evidence behind their claims.

Earlier this year, supermarket giant Sainsbury’s proudly announced that it was removing the preservative sodium benzoate from almost all their own-label soft drinks and canned fruit.

However, sodium benzoate is also present in apples, plums, cinnamon, cloves, prunes and cranberries - the latter is often touted as a ’superfood’. So why did Sainsbury’s remove a preservative from some of its foods, whilst seemingly ignoring its presence in others?

There is a known risk that benzoate can react with vitamin C to give benzene - perhaps that was the reason? I asked the company if benzene had ever been detected in a Sainsbury’s soft drink, or if there had been a product recall, or indeed if there was any scientific reason to remove this antifungal agent from its food.

Sainsbury’s told me that the action was a response to consumer demand, rather than thorough analysis of the benefits and risks of using sodium benzoate as a preservative.

Yet I believe that this demand is itself driven by marketing campaigns that increase consumer worries about food safety and foster a growing mistrust of science.

Sandwich chain Pret a Manger has run adverts containing the line ’No Obscure Chemicals’. The Co-op has removed monosodium glutamate (MSG) from their products based on ’consumer concern’. One has to ask, who is generating this concern?

I’m sure you can think of many other examples. It is the responsibility of everyone interested, or working, in science to take this up and to challenge the claims we hear. You don’t need to have 50 years experience at the very top of consumer products chemistry to spot places where everyday companies are using poor science as a marketing tool. The confusion it creates does not do chemistry - as a science or a profession - any favours.

If you question a company’s science by picking up the phone, firing off an email and asking the company to explain its logic, we might just be able to create our own consumer demand.

Neil Young is a PhD student at Cardiff University, UK

There goes the science bit  provides a snapshot of some of the claims investigated by Sense About Science. More
information can be found on website, or contact voys@senseaboutscience.org.