Decades of underinvestment in agricultural research have taken their toll but now is the time to bring in young scientists to find new ways to feed the world, says Ian Crute

Decades of underinvestment in agricultural research have taken their toll but now is the time to bring in young scientists to find new ways to feed the world, says Ian Crute

After some 20 years of complacency the world has now woken up to the fact that the availability of abundant and affordable food can no longer be taken for granted. There is a growing consensus that an ability to produce enough food for the additional 3 billion people that are likely to inhabit the planet by 2050 is not going to be possible without urgent action. 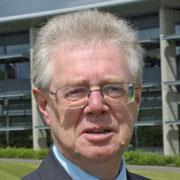 In a few countries, most notably China, India and Brazil, two decades of serious investment in science and technology to support agricultural production have ensured that growing demand has been substantially met. There is now a widespread acknowledgement that a global commitment to scientific endeavour will be needed if enough food is to be delivered to a global population that will likely be 50 per cent more numerous and demand more animal protein. Equally, future constraints on the availability of fresh water, energy and suitable land, coupled with the need to mitigate and adapt to anticipated climate change, means that increased production has to be based on truly sustainable technologies and practices.

What will these look like? How will we judge if the systems of production which deploy them are sustainable? And what is going to constrain us as we seek to produce more food but less emissions and waste? A diversity of science will have to be brought to bear on these enormous challenges and the concept of sustainability dictates that technologies should be founded on renewable resources.

Renewability to some implies an exclusive emphasis on biological systems. Indeed, exploiting renewable resources for agricultural production is nothing new and has focused on genetic improvement, most recently by advances in genomics. Knowledge of agro-ecosystems and the manipulation of populations and complex assemblies of beneficial organisms have also had some impact and we must now include in our thinking potentially valuable bioactive molecules.

It would be short-sighted to ignore the opportunities presented by innovative chemistry and chemical engineering. Chemistry has historically been at the heart of major advances in agriculture. Only one scientific generation ago, the challenges of agriculture were a strong motivator for young people to study chemistry.

In earlier times, the discovery in 1908 of the Haber-Bosch process to synthesise ammonia (and thereby nitrogen fertilisers) provided the foundation for feeding the additional 4 billion people that inhabit our planet a century later. It is estimated that 55 per cent of the fixed nitrogen in the nitrogen cycle now originates from chemical synthesis and a sufficiency of fixed nitrogen is an essential prerequisite to any system that will deliver the quantities of food that the future global population will demand.

How might ammonia or urea be produced using only renewable resources while meeting both the needs and the economic resources of impoverished populations whose agricultural output must increase the most? Surely the search for sustainable chemical processes that are not dependent on fossil fuels is a worthy and motivational objective. What about the process of denitrification and the potential for its selective chemical inhibition? Similarly, what are the options to deliver a renewable source of phosphate to substitute the non-renewable, mined rock phosphate on which global food production currently depends?

In a similar vein, crop losses due to pests, diseases and competition from weeds have drastically reduced in the past 50 years thanks to crop-protective chemical technologies.

Surely a motivating objective for young minds is the challenge of creating substitute technologies founded on renewable feedstocks. Such technologies could perhaps harness the plant’s own defences in response to chemical stimulus. Already, such ’plant activators’ are known but there is much more to be discovered at the interface between biology and chemistry.

Every effort must be made to rekindle the interest of young scientists in solving the myriad problems which constrain agricultural production. Making good the erosion of investment in training and skills in agricultural sciences cannot be achieved overnight; this is at least a 10-year project and it needs to start now. And as we set about the task of restoring the capacity and capability to create sustainable food production for future generations, we should not lose sight of the gains that will accrue from multidisciplinary training and approaches to research. In this context, the biological and chemical sciences must become as closely integrated in the future as once they were in the past.