Following the release of the WWF report 'Chain of contamination: the food link', John Henry and Fiona Fox comment on the study, and its coverage in the media

Following the release of the WWF report ’Chain of contamination: the food link’, John Henry and Fiona Fox comment on the study, and its coverage in the media 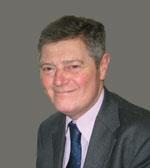 The media are understandably always looking for stories to fill their pages. Many journalists are highly responsible people, but some are less critical when a possible scare story turns up.

The latest report from the WWF, claiming to have found a range of chemical contaminants in foodstuffs from across Europe, falls into that category. However well the research was done, their interpretation of it is distorted. Essentially, the WWF have created a story out of a potential risk, which must not be confused with a real risk. Their analysis uncovers traces of a brominated flame retardant, PCBs, and a metabolite of DDT (dichlorodiphenyl trichloroethane), among others. All are unarguably synthetic chemicals - but what should we infer from their presence in food? One is that modern detection methods are now extremely sensitive. Another is that DDT, like many chlorinated compounds, is poorly biodegradable. A third is that millions of lives have been saved by the use of DDT as a pesticide for malarial mosquitoes. Yet a final question remains: is there any evidence that those traces cause any harm?

The answer to this is a firm and clear ’no’. To show any evidence of harm, one needs exposure to amounts that are orders of magnitude greater. Perhaps the most interesting piece in the risk-benefit analysis jigsaw is that the WHO has recently removed DDT from their banned substances list. And while brominated flame retardants have saved the lives of many children and adults, perhaps the price that society has to pay is that traces of these compounds are detectable in every slice of cheese you eat, as well as in your bloodstream. Again, there is no evidence that these parts-per-billion amounts are accompanied by any harm. The same concepts apply to literally hundreds of chemicals, both natural and synthetic, with no evidence that these trace amounts are problematic.

I am frequently asked to appear on the nation’s television screens, giving out this same message in different forms. I believe it is an important message. There are enough doom and gloom stories without people being scared silly about possible environmental hazards, which do not lead to doom, and which should not be used to spread gloom.

I’m thinking of nominating WWF for some kind of PR award for their media strategy around Reach. After all, what scientific body could have turned a boring, dry EU directive into front page news not once, not twice, but roughly ten times over the past couple of years.

You’re probably all too familiar with the stories, where celebrities, politicians, breast-feeding mothers and newborn babies are tested for traces of chemicals, only to learn that they are ’contaminated’ with a ’lethal cocktail of dangerous and banned substances’. Having exhausted every aspect of human life, they are now finding the same terrifying results in the food we eat.

Despite the news media’s customary aversion to covering ’old’ stories, the appetite for this one never wanes. That’s because the WWF is delivering what the UK media loves - a good old-fashioned scare story. As one upset mother said to presenters on GMTV: ’I am devastated. I did everything I could to eat and drink healthily throughout my pregnancy, but now I find I am poisoning my baby.’

The Science Media Centre has worked hard to ensure that every journalist running this story has access to a chemist or toxicologist to challenge the evidence-base of these frightening scenarios. Real experts are not unduly alarmed by WWF’s findings, and point out that the campaigners are failing to present any evidence that these trace chemicals are causing harm.

The campaign for stricter regulations on chemicals in the environment is supported by many chemists and environmental scientists, and while the WWF should continue to make their powerful case, they should never resort to playing fast and loose with the science. The phrase ’never let the facts get in the way of a good story’ should remain the preserve of tabloid editors and not be adopted by influential organisations who people trust to tell the truth.

Fiona Fox is director of the Science Media Centre in London.