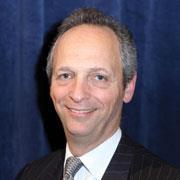 There was a time when internships were something that happened in the US, but now the term internship is being applied in the UK to most arrangements where students undertake work experience projects on a temporary basis.

The term is applied to well-remunerated short term positions in City firms for high flying students, as the City seeks to attract the brightest and the best to its activities. However, the same term is also applied to unremunerated work in organisations in the media, public relations, and in the private offices of politicians, where it seems accepted that students will put in long hours for no financial reward at all. Long running work placement schemes paying wages, such as the Shell Technology Enterprise Programme (Step) and my own organisation’s well known ’The Year in Industry’ (YINI), which mainly places pre-university students in work experience posts in science and engineering companies, are now also being referred to as internships. With so many different models of internships in existence it is important to look at what they are for and which are the most appropriate models to follow.

There are two clear drivers for the existence of internships. The first is the recognition by students that they need the opportunity to look at an area of work that they are considering as a career, so they can build up experience for their CV and can identify whether this is really a sector in which they want to work in the long term. The second driver is the fact that organisations are more comfortable employing people they have been able to observe for a good period. An internship allows this process to take place so the intern obtains a distinct advantage in future employment prospects with that organisation.

For the future of the chemical industry in the UK, it is important that companies identify the brightest and the best scientists that the UK education system produces. They need to convince them that their company is a good place to work and its area of expertise is one to focus on for the future. Catching an intern before (or during) university, as YINI does, can be particularly beneficial as it allows a company to influence the degree specialisms of a student and to build strong links with that student, even as far as sponsorship support for the right person.

What’s an intern worth?

Recent debate in the media has drawn attention to the moral ambiguity around unpaid internships. When a young person is desperate to get on the career ladder, it is tempting to take advantage of their willingness to work for nothing. But I would caution that such an approach has potential pitfalls. In the first place such internships are very questionable under employment law; a media intern recently successfully sued her employers for payment for her work. Secondly, if an intern doesn’t feel valued it is unlikely that they will value the organisation in return, making it less likely that they will consider returning in the future. Thirdly, on schemes like YINI the interns are undertaking projects which add considerable value for the company, often working alongside salaried employees and genuinely being a valued part of the teams involved - often taking leadership roles in projects. These team relationships would be damaged by a paid/unpaid division. Finally, unpaid internships don’t attract the brightest and the best; they attract those whose parents can afford to support them in unpaid work, which is not necessarily the same thing.

At YINI we have long worked with leading companies in the science and engineering sectors including Shell, LyondellBasell, Astra Zeneca, Syngenta, Rolls Royce, E.on, and many other household names. Alongside these companies we have always seen the benefit of paying the student a sensible wage of between ?12 000 and ?16 000 for a year’s work before university, or as a sandwich year within a degree. It is a formula that has been successful for the last 25 years and for over 12 500 ’alumni’ of the programme.

The chemical sector is under pressure in the UK but still has a vital role to play in research and innovation over many years. It is important that the right students are attracted into these careers, so it is important that companies in this sector provide well-structured internship programmes giving fair rewards to help inspire the chemists of the future.

Gordon Mizner is chief executive of the charity EDT, which runs schemes designed to inspire and motivate young people to choose a career in science, technology, engineering and mathematics (Stem)

The Year in Industry internship