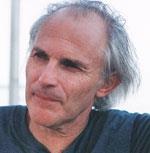 Having read recent articles on the imputed significance for carbyne,1 I think it is high time to bring the scientific community up to date on what is known - or should I say not known - about this ’substance’. In 1967 it was claimed that a new polymorph of carbon, formed only of linear chains of sp  -hybridised carbon atoms, had been synthesised.2 This claim was further propagated by others, most prominently in the journal Science  in 1978.3 To me, as a young researcher with a serious interest in, and some experimental experience of, the chemistry of extended carbon moieties, this claim made no chemical sense whatsoever as it was well-known that acetylenes, or as we now call them -ynes and polyynes, are very dangerously explosive in condensed phases.

My close friend and colleague David Walton at Sussex University pioneered the synthesis and study of long linear polyynes and showed that polyyne chains could be stabilised by attaching bulky groups to the ends.4 He developed sophisticated ways to make longer chains and succeeded in making polyynes with up to 32 carbon atoms and obtained their spectra in dilute solution. Great care was needed in this research and in fact a couple of accidents did occur. Basically common (chemical) sense suggests that any attempt to condense a pure linear sp  -carbon chain into a solid will result in an explosion as the chains, if they get close, will crosslink exothermically.

These early papers and others on carbyne have misled many unsuspecting chemists and almost all non-chemists, in particular astronomers interested in carbonaceous chondrites. An interesting and enlightening example of this was published over 25 years ago by a group at Exxon, suggesting that a new family of even-numbered carbon clusters from about C30 to C180 exhibited properties consistent with carbyne.5 When this paper appeared I was absolutely sure that this assignment was not correct. As some will be aware, this family turned out to be the fullerenes! [Harry Kroto was one of three recipients to share the 1996 Nobel prize in chemistry for the discovery of fullerenes.] The astrophysical community in particular still seems unaware of the fact that there is absolutely no evidence for it. This is understandable as the recent discussions1  also indicate that the general chemistry community also is blissfully unaware of the fallacies surrounding the claims made for the existence of this material.

A carefully definitive study was carried out by Smith and Buseck more than 25 years ago and those who casually talk and write about carbyne should read it.6 The authors showed that the signals interpreted as a carbyne phase appear to be due to impurities such as mica and talc in the samples. The existence of carbyne is myth based on bad science and perhaps even wishful thinking.

Stabilising reactive moieties by hanging massive groups which hinder reactivity - what I call the Battleship Potemkin (BP) technique - is a pretty standard procedure in synthesis and David Walton pioneered it in the case of the polyynes. Our joint Sussex work on cyanopolyynes led to our detection of long carbon chains in interstellar space by radioastronomy and ultimately to an experiment that resulted in the correct interpretation7 of the carbon family first observed by the Exxon group. The present paper1 is a nice example of the BP techniques pioneered by Walton.

While we are on the subject of carbon myths there are a couple more that still find their way into textbooks that should now be laid to rest. The first myth is that graphite is a lubricant because van der Waal’s forces between the graphene layers are weak and this allows the sheets to slide over one another. This myth led us in 1985 to suggest that C60 might be a great lubricant - after all, if graphite is a lubricant then round graphite would surely be a super-lubricant. In fact, the first experiment I carried out when I, at last, had a sample of solid C60 in my hands was to press it with a spatula on a piece of glass. I was puzzled as it responded just like a lump of grit. I was later informed that graphite is not a lubricant in a vacuum when the intercalated gases present in air have been extracted from between the graphene layers. For this reason, I understand, graphite is not used on the space shuttle. I was told that this was discovered during the Second World War; as bombers and fighter planes climbed higher, the graphite brushes on electric motors became abrasive and wore out quickly.

A second myth, which is still prevalent in astrophysical discussions on interstellar carbonaceous microparticles, is that graphite micro- and nano-crystals consist of multiple layer graphite sandwiches, somewhat like square black-and-white layered Licorice Allsorts. In fact, when carbon atoms nucleate bottom-up, they form the most stable form of small clusters; from 60 to hundreds and perhaps thousands of atoms these are fullerenes and/or multiple fullerene onion-like spheroidal particles. It is only on a bulk scale that the extensive stabilisation due to inter-graphene-layer interactions can outweigh the edge instability of the dangling bonds of the graphite sheet edges.

Harry Kroto is Francis Eppes Professor of Chemistry at The Florida State University, US