Instead of despairing of student plagiarism, educators should rework coursework themes to make way for critical thought and originality, says Mathias Brust

Instead of despairing of student plagiarism, educators should rework coursework themes to make way for critical thought and originality, says Mathias Brust 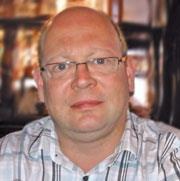 Plagiarism is a clear concept - or is it? Why has it become so topical, as allegedly committed by writers, critics, scientists, and above all, by our students?

Consider for a moment the absurdity of a library that already contains all the texts that can possibly be written. What would this mean for the concept of plagiarism? It would no longer make sense, since whether an author copies the original text or independently recreates it would be indistinguishable in the end result.

At best, we could differentiate between plagiarism with and without intent. Of course, you can argue that this library is impossible; there is a lack of space, writing all the texts would take longer than the age of the universe, and from a mathematical point of view it is probably uncountably infinite. I agree to some extent.

But what of the ’500 word essay on the contribution of chemistry to modern society’? This is the type of literary production currently requested from our first year chemistry students as part of their training in so-called key skills. We then pass their submissions through plagiarism detection software just to discover the obvious: the internet already contains more essays of this type than we could possibly wish for. What is happening here?

Our students’ dilemma is that the web does not only provide them with the information they need, but also with countless examples of the finished product they were requested to create by original thought.

As a result, many do plagiarise and avoid detection (sometimes) by careful rewording and by minimising the length of uninterrupted text modules directly copy-pasted from the original. 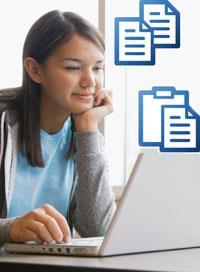 The internet is forcing us to revisit the concept of plagiarism. One can still avoid plagiarism but it is becoming more difficult. What we actually aim to teach students through these essay writing tasks is to source and sift relevant information and use it as the basis for the creation of an original and critical account on the given subject in their own words. This is an important professional skill that they will not acquire by copying from the web.

Our mistake is that we go about teaching chemistry in the same way we were taught ourselves at a time when the information was scant, hidden in often inaccessible books and papers and dispersed over several libraries poorly connected by public transport. Our teaching now has to take account of a changed world.

We should therefore no longer request from our students the paradoxical task of reproducing web content without copying it. There are other ways of training students to source information, for example, by requesting concrete answers to difficult questions plus an explanation of where the information comes from and why it is reliable.

There are also other ways of fostering critical thought and original writing skills. We may not have to go as far as asking students to write about the back of their thumb - as suggested in Robert Pirsig’s novel Zen and the art of motorcycle maintenance  - but I do believe that we have to personalise and restrict our essay themes to create room for critical thought and originality.

We should make it a rule that students are allowed to use everything they can find on the web. It is our job to define their task so that they won’t find anything of relevance.

Mathias Brust is a professor in the department of chemistry at the University of Liverpool, UK