It's impossible to ascribe a monetary value to individual PhD projects but the link between them and UK wealth creation is indisputable, says AstraZeneca's David Lathbury

It’s impossible to ascribe a monetary value to individual PhD projects but the link between them and UK wealth creation is indisputable, says AstraZeneca’s David Lathbury

It seems that the UK government is interested in answering the question: ’What return does the UK get for the money it puts into academic research?’ I know many academics will say, perhaps with good justification, that current funding levels are not high enough. Nevertheless the government commits substantial sums and such questions are both understandable and justified. 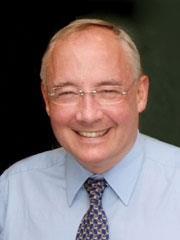 So how can we answer the question? If we don’t answer it correctly we may inadvertently misrepresent and possibly damage what has been a large component of wealth creation in the UK. One current focus for government seems to be how much money universities can attract from the private sector. At first glance this appears to be a good metric: it broadly demonstrates how much the private sector values the type of research currently going on at universities. However, in my view, there is a much more important source of wealth creation that has not yet been captured.

I’ll use my own industry to illustrate this point. Over the past 40 years, the UK pharmaceutical industry has produced numerous medicines that have enhanced both the health and vitality of the UK and its bank balance. The list of ’blockbusters’ discovered in the UK is impressive, generating vast sums and saving countless lives. I estimate that in their peak years, the blockbusters listed in the table (right) had sales exceeding $25 billion (?15 billion).

Some insights into the critical role of higher education institutes in this key area of wealth creation can be gleaned from studying the academic histories of these drugs’ inventors.

The majority of them are or were, organic chemists and a large proportion have PhDs. Most of the work they carried out for their PhDs was only generically related to their industrial research, but the PhD experience gave them a detailed knowledge of synthetic organic chemistry and taught and developed the skills needed to pose and answer difficult questions. This training did not explicitly train these individuals how to discover drugs.

If you look at their individual PhD-derived research outputs, it’s hard to ascribe a particularly high monetary value to it. Most of this effort added to the total volume of organic chemistry knowledge, but look at the immense value that these individuals, as a result of their education, created for
UK plc once they were in industry. Almost all of these PhD inventors were funded by the Engineering and physical sciences research council (EPSRC) or by its predecessor organisations. Even if one assumes that only a small percentage of the sales figures return to UK plc in taxes, this still means that the government’s return on the total investment in university-based organic chemistry has been hugely positive over the past 40 years.

Today I can look at the inventors of many of the late phase small-molecule drug candidates across the industry and the situation hasn’t changed: organic chemistry still dominates.

I haven’t even attempted to capture the wealth created in the agrochemical, bulk, or fine chemical industries. What matters is that this success shows that these PhD students created far more wealth than that associated with their particular project funded in the university department. Certainly it is vital that we continue to improve our scientific understanding of the world around us. But it is the scientific training and education that students gain during this pursuit of knowledge that is and always has been the most important output of the higher education sector. And this assertion must be true for other, if not all, areas of science.

I suggest that this aspect of UK higher education output needs to be captured and quantified so it can be put alongside some of the current, shorter term financial measures.

The impact made by the money spent in academic research, though hard to measure, is very large. I am confident in this conclusion but I also recognise that while the timing of this impact is unpredictable, it is also often not sudden.

David Lathbury is director of process chemistry at AstraZeneca